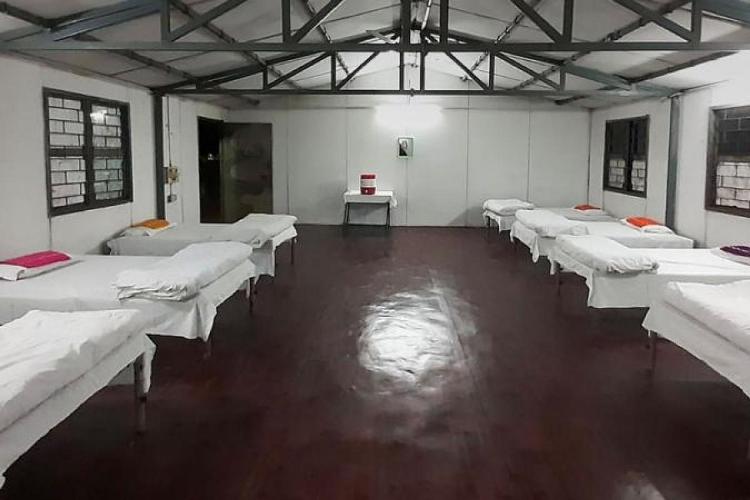 A coronavirus positive man purportedly sexually assaulted a 14-year-old minor at a COVID Care Center in Chhattarpur in South Delhi. The minor is admitted at the centre with her father while the accused is battling COVID-19.

Delhi Police said that on the night of July 15, when the girl went to the toilet, the accused tried to sexually abuse her and one of his companions also filmed it. Somehow the minor ran away and reached his family, who are being treated in the same quarantine centre.

After getting the complaint, the South Delhi Police has arrested both the accused by registering an FIR under the POCSO Act. According to the police, the two accused were arrested and produced in court through video conferencing, from where both have been sent to judicial custody. After the incident, the police shifted the girl and her relative to another COVID care center. But this shameful incident has raised questions over the safety of women in the capital’s COVID Care Center and across the country.

Statistics show that despite all efforts coronavirus has not been yet been controlled in the national capital. So far, over one lakh 27 thousand corona patients have come out of which 3, 745 people have died. Apart from these, more than one lakh 9 thousand people have been cured by treatment. At the same time, the total number of infected people in the country has reached close to 13 lakh.