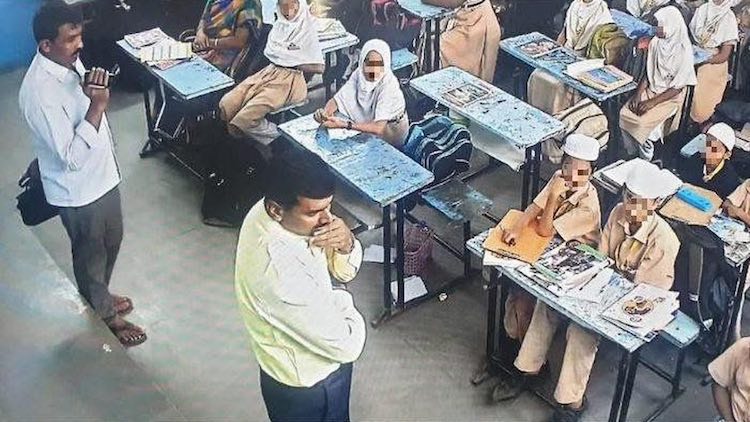 The police of the BJP-ruled Karnataka is under severe criticism for repeated interrogation of children of Shaheen School. Fueled by the arbitrary attitude of the Karnataka police, child rights activists, lawyers and parents have besieged the state police headquarters, accusing the police of harassing the school children under the pretext of questioning.  They called the police’s repeated interrogation of school children like criminals “a blatant violation of the Juvenile Justice Act and the Supreme Court guidelines”.
Also Read:
Coronavirus: India Cancels Visas Issued To Chinese Nationals Before Feb 5

On January 21, the school had staged a drama based on the Citizenship Amendment Act, following which the Bidar police filed a case of sedition against the school and its teachers. The Bidar Police has so far questioned the 85 school children five times which goes on for hours, without the consent of parents or guardians. Advocate Maitreyi said she has come to question the state police chief over the treatment of the children by the police. She said that no action is taken against the state MLA who threatened the minorities and make inflammatory remarks, but for staging a play based on CAA, the female teacher is put in jail on charges of sedition. Advocate Vinay Srinivasan who is demonstrating said that the state police is arbitrarily filing a case of sedition. ABVP activists registered a case against the school and its female teachers in the Bidar Police under serious sections of sedition. After this, two women associated with the school were also arrested.