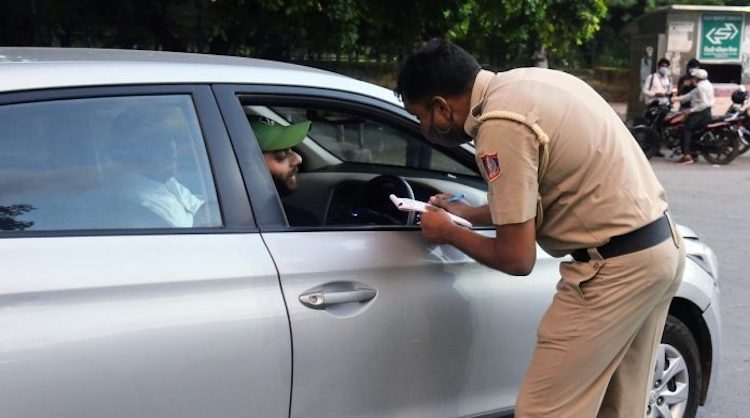 As Coronavirus cases soar in the national capital, the Delhi Police and Arvind Kejriwal-led State government has hardened punishments including fines for violation of laid Covid-19 guidelines. This will certainly keep citizens alert and fill the coffers of the Delhi Government. In a statement issued yesterday, the Delhi Police has informed that 547,598 challans have been issued from June 14 to December 1 in the capital for violation of COVID-19 rules.
Also Read:
Canada PM, Foreign Lawmakers Show Support To Farmers' Protests, India Objects

If you add up the amount levied as penalty, then you would know that the government has earned Rs 29.34 crore so far from citizens for violating Coronavirus guidelines. Acting upon the third wave of Corona infections in Delhi, the fine for not adhering to COVID-19 guidelines was increased three times to Rs 2000 from Rs 500 since November 20. The fine was made uniform for all offences such as not wearing masks, consuming tobacco, spitting in public places, violating quarantine rules, and not following social distancing. This has obviously not gone well with Delhiites as many of them are complaining that the heavy penalty amount has increased their hassles. Many people have complained that the police is issuing challans to even those commuters, whose masks slip off while driving. 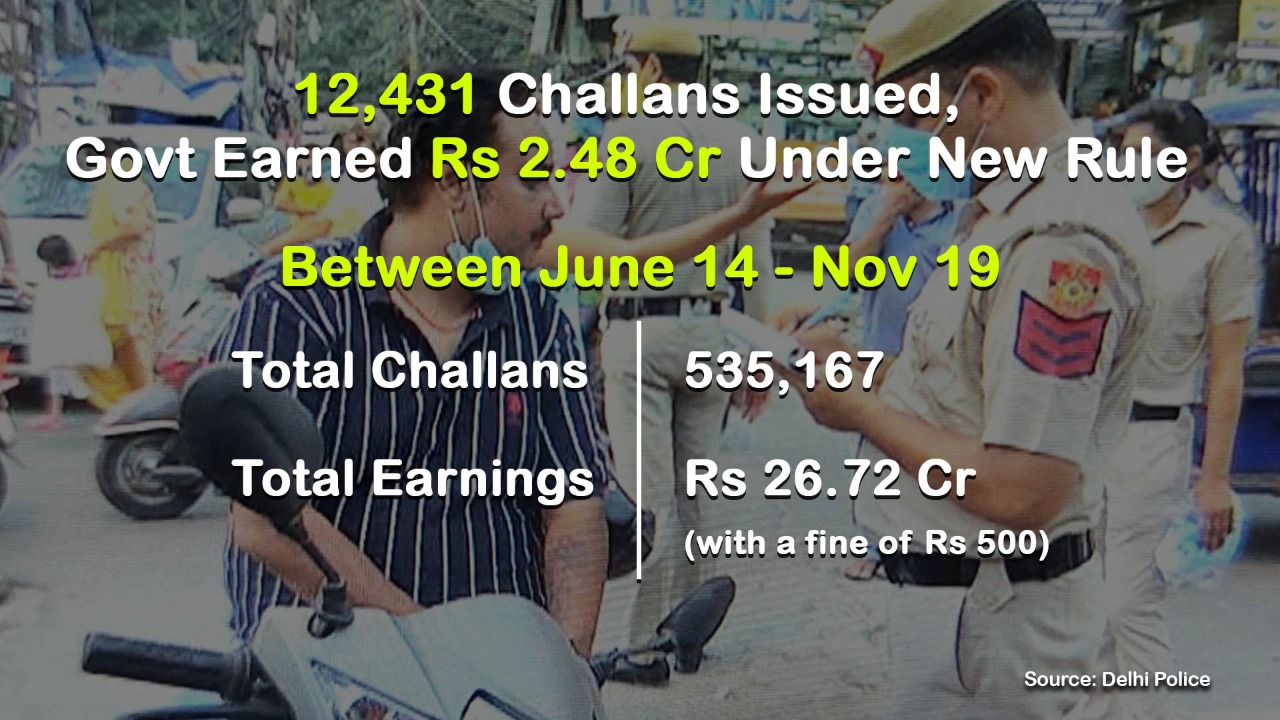 As per the Delhi Police, 12,431 challans have been issued since the rule was amended and so far, the government has earned Rs.2.84 crore. Since the rule came into force on June 14 till November 19, 535,167 challans were issued and the government earned Rs 26.72 crore as penalty with a fine of Rs 500. 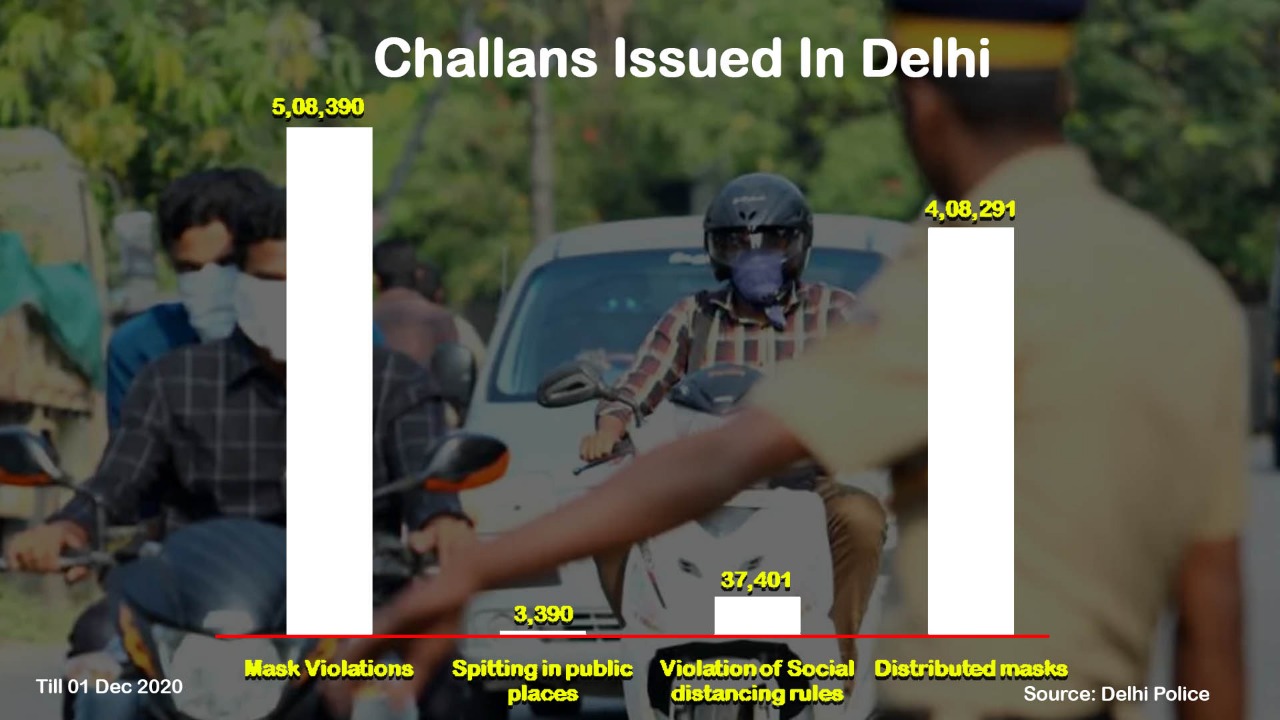 As of Tuesday, a total of 5,08,390 challans for mask violations, 3,390 for spitting at public places, and 37,401 for violating social distancing rules have been slapped. It is worthwhile mentioning here that, during this period, the Delhi Police has also distributed 408,291 masks. Most of the violators were caught roaming in the markets without masks. Speaking with Gonews India, a senior police officer put it on record that it is mandatory for people travelling alone in the car to wear masks. Recently, the Delhi High Court also upheld this.