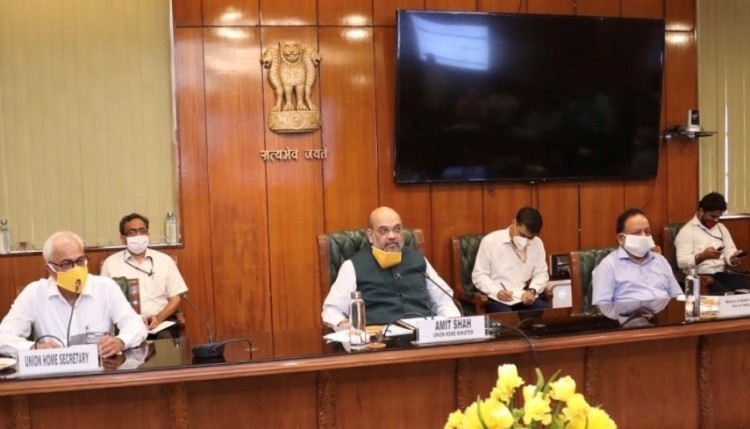 Tracing and mapping will be done door-to-door in all Delhi containment zones after the worsening COVID-19 situation in the national capital. This decision was taken in an all-party meeting convened by Home Minister Amit Shah. Till June 20, testing of 18,000 people will be done in Delhi every day and the Railways will create 500 new isolation coaches. This will bring the number of beds in Delhi to 37,000, comprising state and central government hospitals, along with railway coaches.

After this meeting, the Delhi government has ordered private and government laboratories to increase their testing capacity. Now the laboratories will have to submit the test reports within 24 hours.

Delhi Govt issues an order to private & govt laboratories, asking them to work with their full capacity and increase their #COVID19 testing capacity. As per the order, private labs will have to give results within 48 hours.

BJP President Adesh Gupta, who was involved in the meeting, demanded that the fee for corona testing in Delhi should be cut by up to 50%. Gupta also demanded to fix the cost of COVID-19 treatment in private hospitals.

Delhi: The all-party meeting chaired by Union Home Minister Amit Shah, over management of COVID-19 situation, at the Ministry of Home Affairs (MHA) has concluded. pic.twitter.com/1lxtPbhEwA

At the same time, Delhi Pradesh Congress President Anil Chaudhary accused the Delhi government of hiding the virus figures. Chaudhary has handed over a letter to the Home Minister Amit Shah as a piece of evidence. Anil Chaudhary also demanded financial assistance of Rs 10,000 to the families of COVID-19 affected families and those living in the Containment Zone.

CM has been misleading, & holding pvt hospitals responsible. We've submitted evidence to HM, he has sent that for probe by Health Secy. Construction of 3 large hospitals, with 2609 beds, should've been completed by Dec 2019. What game is Delhi govt playing?: Delhi Congress chief pic.twitter.com/lR55TfBuzo

Currently, the number of coronavirus patients in Delhi has reached 41,182. Apart from Maharashtra and Tamil Nadu, most cases are surfacing in Delhi.