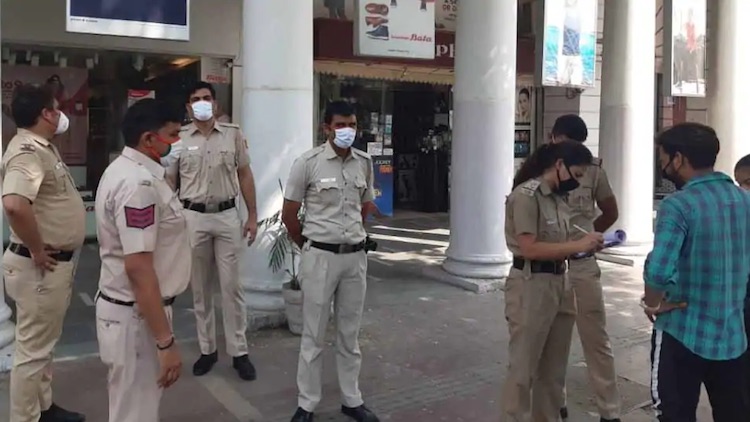 The country is fighting a war against the novel Coronavirus. In addition to social distancing, wearing a mask has been said to be the most effective weapon in fighting the virus spread. Police in several states, including Delhi, are imposing heavy fines on people for not wearing masks, violation of social distancing, and spitting in the open. Delhi Police alone has cut more than one lakh challans against mask violators. On June 14, Delhi Lieutenant Governor Anil Baijal issued a notification which called for fine on those without masks, violating social distancing rules, people who consumed pan masala, gutkha and tobacco in public places.
Also Read:
Men's T20 World Cup: India To Host 2021 Edition, Australia Gets 2022

In the notification, it was said that Rs 500 should be recovered from those who disobeyed the rules and if they are caught violating again, a double fine should be charged. Stats from Delhi Police show that till August 7, 1,26,479 challans have been cut. Most of these challans are cut against people without masks. While challans were cut in cases of 1,09,140 mask violations, 15,199 for not following social distancing, 1,937 for spitting in public places and 1,042 for eating pan, gutkha and tobacco. Till now, Delhi Police has imposed a fine of Rs 6 crore 32 lakh 39 thousand 500 on the people. On August 7 alone, Rs 17,94,500 rupees were collected by cutting 3,589 challans. Delhi Police is strictly enforcing the rules, but also distributing masks among the needy people. Since the notification of June 14, Delhi Police officials have distributed around 2,149 masks. The challans have been cut under the Delhi Epidemic Disease (Management of Covid-19) Regulations 2020.