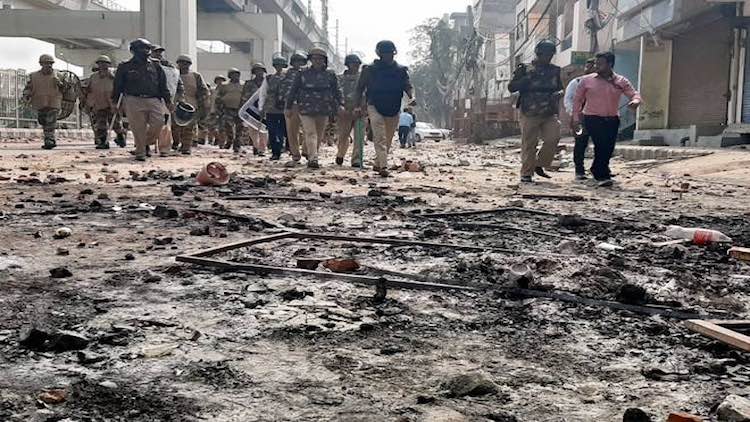 While at least 35 people have died in violence related to the CAA in north-east Delhi, more than 200 have been injured so far. Meanwhile, High Court judge Justice S Murlidhar, who conducted hearings on Delhi violence late at night at his residence and reprimanded the Delhi Police, has been transferred to the Punjab and Haryana High Court. Also Read: 'Failure Of Leadership': Bernie Sanders Flays Trump’s Response To Delhi Riots

Tensions due to violence related to the CAA continue to prevail in north-east Delhi. An officer of the Intelligence Bureau and one head constable have been killed in the violence. Having arrested 106 people, the Delhi Police have filed 18 FIRs in the matter and claimed that the situation is under control. Security forces conducted a flag march in several areas of north-east Delhi late on Wednesday night. NSA Ajit Doval toured the violence-affected areas on Wednesday and spoke to people there. The government has announced a compensation of Rs 2 lakh for families of people killed in the violence and Rs 50,000 to those who have been grievously wounded.  Also, the CBSE cancelled board exams in north-east Delhi for the third consecutive day on Thursday due to the violence. Meanwhile, Delhi High Court judge Justice S Murlidhar has been transferred to the Punjab and Haryana High Court. While conducting a hearing on Delhi violence on Wednesday, the Delhi High Court, rebuking the Delhi Police, had asked why FIRs were not filed against leaders who gave inflammatory speeches. Justice S Murlidhar had also said that the court will not allow "another 1984-like situation in the city under its watch".  A hearing into the matter is scheduled in the High Court on Thursday as well and it will be conducted by a bench headed by Chief Justice D.N. Patel. The Delhi Police have to file a reply in the High Court on Thursday in a petition on registering FIRs related to inflammatory statements. Prime Minister Narendra Modi broke his silence on Wednesday, the fourth day of violence in Delhi, and appealed to Delhiites to maintain peace and brotherhood. Meanwhile, Sonia Gandhi, interim president of the Congress party, has demanded the resignation of Home Minister Amit Shah on the Delhi violence.