Delhi's Air Quality To Deteriorate Further Ahead Of Diwali 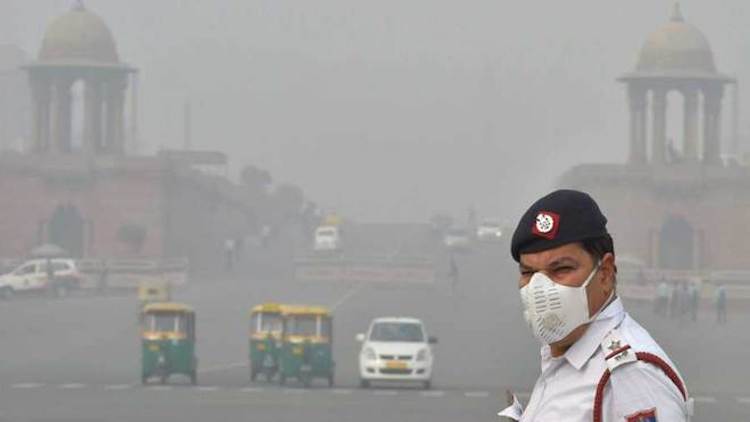 Pollution in Delhi has reached ‘poor’ category even before Diwali. Keeping in mind the level of pollution, the Central Pollution Control Board (CPCB) has issued a high alert for the entire Delhi-NCR from October 26 to 30. Along with the alert, CPCB has taken many other important decisions to keep pollution under control during Diwali. Hot mixing plant, stone crusher and construction activities will be shut from 6 p.m. to 6 a.m. between October 26 and 30. This restriction will be in place in Delhi, Noida, Gurugram, Faridabad, Sonipat and Bahadurgarh.
Also Read:
Maharashtra Elections: All In The Family

All industries run using PNG in Delhi will also remain closed from October 26 to 30. Meanwhile, the Punjab and Haryana state governments have been directed to keep an eye on stubble burning during this time. On Friday, two days before Diwali, the level of pollution in Delhi is in the ‘very poor’ category. On Friday, PM2.5 is at 153, while PM10 with 299 has reached ‘very poor’ category. According to the estimate by SAFAR, with pollution set to increase in the next three days, PM2.5 could cross 200 and PM10 could cross 400. The areas in Delhi where pollution was at ‘very poor’ category on Friday were Dhirpur, Delhi University, Chandni Chowk, Lodhi Road, Pusa Road, IIT Delhi, Mathura Road and Noida, where PM2.5 level has crossed 300. Watch the full report here:

With #Delhi's air quality turning to "poor" category ahead of #Diwali, the #CentralPollutionControlBoard has issued high alert from October 26 to 30 @arushipundir1 reports pic.twitter.com/04JQlyBRsm