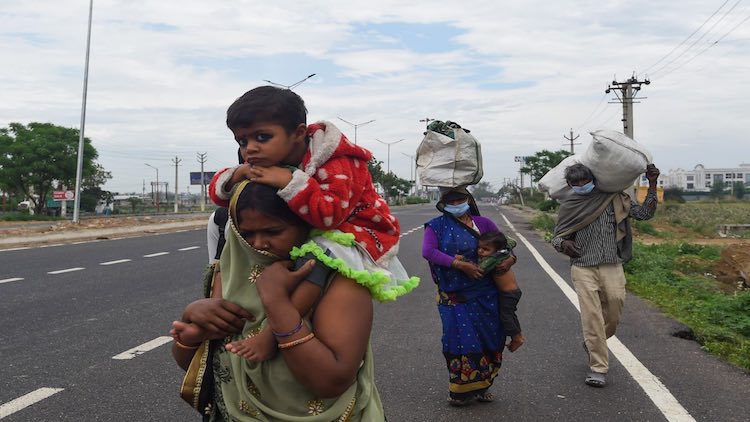 While the government in Parliament said it maintained no data on the number of migrants who lost their lives due to COVID-19 lockdown, a 22-year-old man along with his mentor travelled across 15,000 kilometres to document the arduous journeys made by the hundreds of migrants, left stranded and jobless by the lockdown, back to their natives. To record the lockdown impact, Abner Manzar, a young boy, and his mentor Ravi Guria, set up a website, themigrants.in, which contains the video documentation of untold stories shared by 60 migrant families from six states and 17 villages.
Also Read:
UNESCO’s Mental Health Guide For Students

What India witnessed during the sudden lockdown announced by the Modi Government in a bid to stem the spread of the Coronavirus pandemic, was a migrant crisis unfolding, with caravans of labourers trudging hundreds of kilometres along highways and across shuttered cities, and some cycling or hitching rides on lorries. Under the initiative of DEF, an ‘Ethnographic Study’ was conducted on migrant labourers to assess the impact of Covid-19 crisis on them from diverse perspectives and a way forward. This involved—travelling to most affected states of India—Uttar Pradesh, Bihar and Jharkhand. In each state, 4-5 villages were visited, which witnessed a substantial number of migrant labourers forced to return due to the crisis, the website read.  The crew interviewed some angry youth and despondent families who were struggling hopelessly and helplessly. This film is an outcome of heart-wrenching experiences shared by the migrants during video documentation, which deserve to be brought before an international audience, it added. Migrant workers form a formidable force in the Indian economy, constituting nearly 50% of its GDP. As per 2011 census, the population of “internal migrants” accounts for 37% of India’s population, that is 45.36 crore. Moreover, the Centre for Monitoring Indian Economy’s assessment said over 120 million people lost their jobs in April due to the lockdown, 75% of whom were working in the unorganised sector.