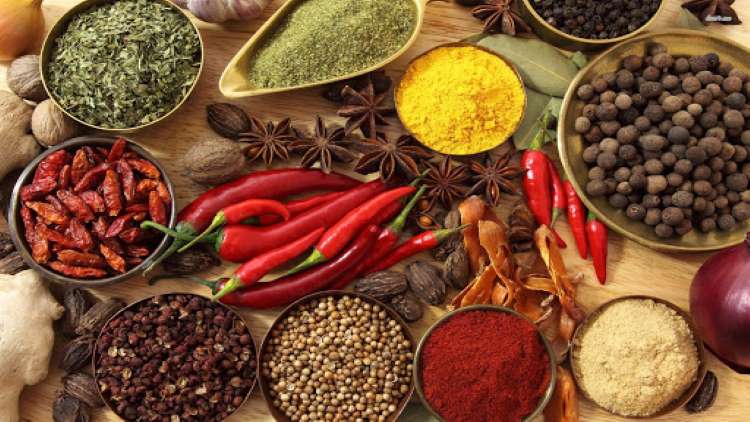 Driven by the robust demand for spices worldwide, India is once again emerging as the ‘land of spices’ like the old era. Latest data shows demand for spices especially coriander, cumin, turmeric, fenugreek and ginger have shown a tremendous increase. According to official figures, in 2018-19, the demand for ginger in the country was only 18,150 tonnes, which increased next year to 50,410 tonnes, a jump of 178%. Similarly, the demand for cumin rose from 1,80,300 tonnes in 2-18-19 to 2,10,000 tonnes in 2019-20 i.e. a jump of over 16%.
Also Read:
Electricity Demand Falls By 24.9% During Lockdown: Centre 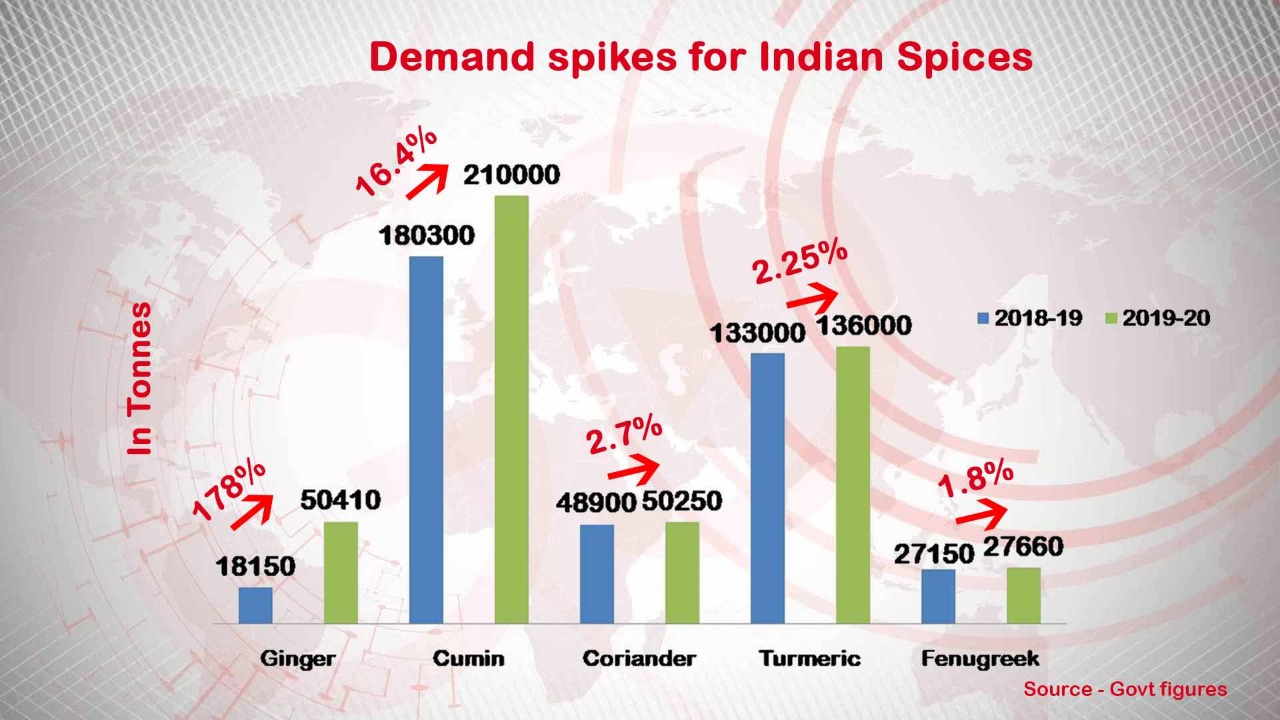 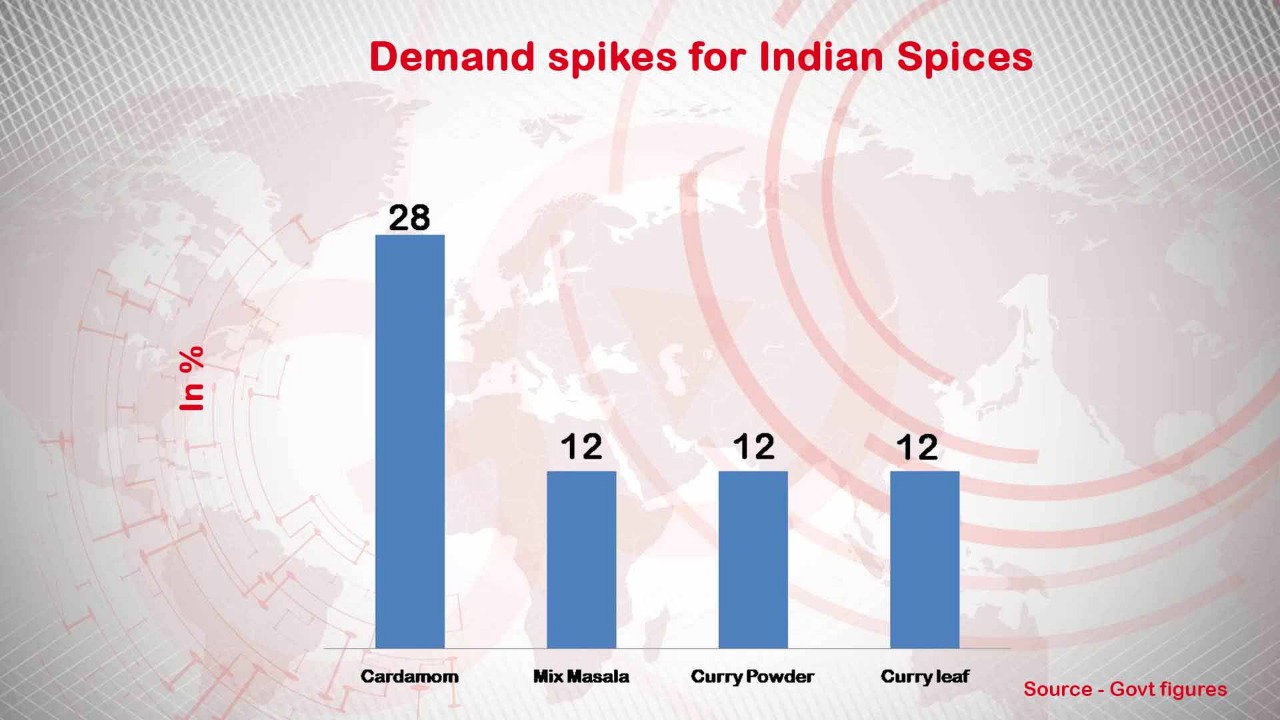 India exports around 225 varieties of spices, which obviously gives the country economic power. The countries where there is strong demand for Indian spices are China, Bangladesh, USA, Thailand, Sri Lanka, Indonesia and the UK. India exports the highest 24% of its spices to China, 16% to the US and 6% each to Bangladesh and the United Arab Emirates. In the current financial year, India earned $3 billion from the export of spices and according to experts, this record is likely to be broken in the current fiscal because the country has done a bumper sowing this year.