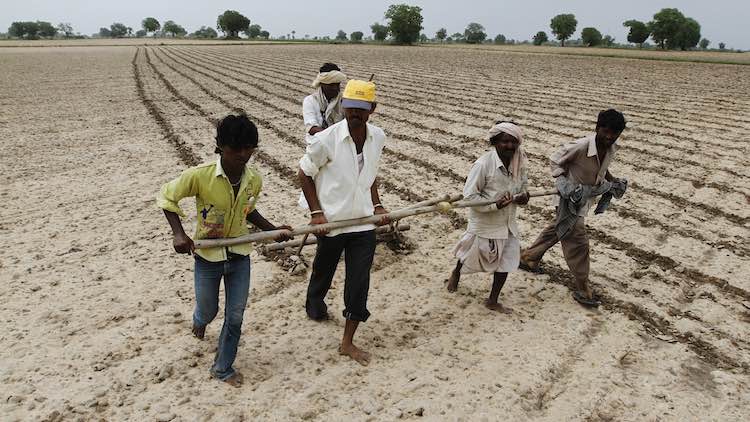 Amid flood-like situation in many states due to heavy rain, the rainfall in many districts has come down by 40 percent in Madhya Pradesh. According to the state government, from June 1 to August 1, 20 districts of the state received less than 25 percent rainfall. In five districts, Hoshangabad, Balaghat, Damoh, Tikamgarh, and Gwalior, the situation is worse with 40 percent less rainfall.

Similarly, 252.6 mm of rain was received in Teemgarh district, whereas on an average 412.8 mm of the rainfall is received. At the same time, 37 percent less rainfall has been recorded in Gwalior district this time. Apart from these five districts, a total of 20 districts including Vidisha, Bhopal, Raisen, Guna, Dhar, Mandla, Jabalpur, and Sagar have received less than average rainfall. This year Madhya Pradesh as a state has recorded 13 percent less rainfall.

Due to no rain at the time, the soybean crop is drying up in the fields. Due to lack of rain in some places, soybean did not come out of the land and farmers had to run plow. Farmers’ fields are lying vacant in Vidisha and Bhopal districts and those who have planted soybeans, paddy, urad are also waiting for rain.

Farmers say that if there is no more rain for a few days, the standing crop will be ruined. Madhya Pradesh had received good rains since the beginning of July, but after that, it didn’t rain the entire July. The people of the state now expect good rain in the month of August.