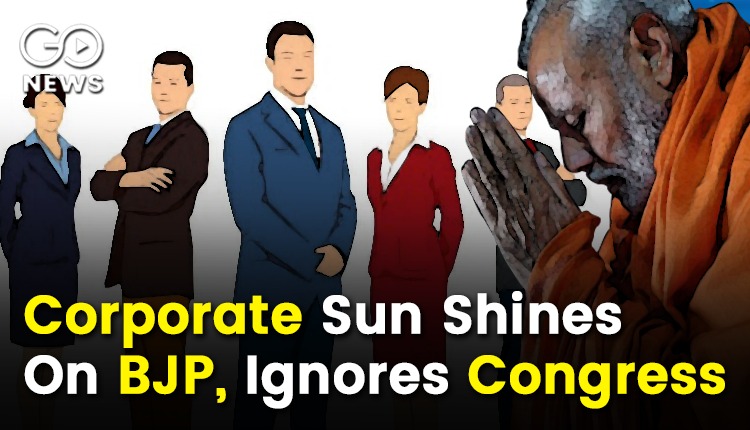 The BJP is the country’s largest political party and the backing of the corporate world plays a big part in its apex status. Recently released data shows tha the BJP reeived 85% of all political donations through the Prudent Electoral Trust, whereas the Congress has received lesser than regional parties despite being the oldest national party in the country. The Congress has received 93% less than last year which is a breathtaking slip-down indeed. During 2020-21, corporate houses donated a total of ₹245.7 crore the Prudent Electoral Trust which is 9% less than last year’s ₹271 crore donate in 271 crore. While the COgress party received ₹31 crore last year, it could only rake in ₹2 crore this year. TheElection Commission has been handed over the record of donations received by the Prudent Electoral Trust, on the basis of which this report has been prepared.
Also Read:
Twitter Stock Drops As Parag Agarwal Takes Over: Will He Reverse It?

The Aam Aadmi Party (AAP) also saw an 84% reduction in the donations it received over last year. In 2019-20, the AAP received ₹11.2 crores which fell to just ₹1.7 crore in 2020-21. The Prudent Electoral Fund is the biggest in terms of capital and the BJP has been receiving significant sums through it since 2013-14. On the other hand, the saffron party (BJP) received ₹203 crore in 2019-20 which inched up 2% to ₹209 crore in the following year 2020-21. During the same time, the JD(U), an ally of the BJP in Bihar, received the second highest donation of ₹25 crore. Other parties, like the NCP (Nationalist Congress Party) got ₹5 crore and RJD (Rashtriya Janata Dal) for ₹1 crore. It should be noted that of the total donations made to all electoral funds, a hefty 90% goes to Prudential Electoral Fund, and the BJP has a clear hegemony over its coffers. The chief donors to this trust include Future Gaming And Hotel Services, infrastructure firm Megha Engineering And Infrastructure India Ltd., Bharti Airtel, Bharti Infratel, and Philips Carbon Black. If we see the record over the past five years, we will find that the BJP has always received significantly more donations than other parties, whereas the donations received by the Congress have consistently fallen. The Indian Express reported on that the BJP received ₹405.25 crore through Prudent Electoral Fund in 2016-18 which amounted to almost half, i.e.,44% of its total