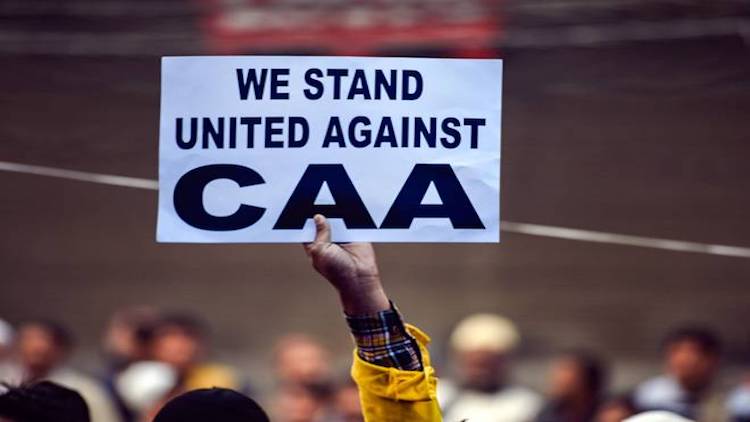 Days before the India visit of US President Donald Trump, the United States Commission on International Religious Freedom (USCIRF) has released a factsheet on the Citizenship Amendment Act (CAA). The factsheet criticises and expresses concern over the CAA, which has been introduced and passed by the Modi government, and calls it discriminatory and biased against Muslims.
Also Read:
Rural Healthcare Bed-Ridden Due To Lack Of Doctors

In its report, the USCIRF says that the National Register of Citizens (NRC) too will cause problems only for the Muslim community, whereas non-Muslims will be provided security under the CAA. The USCIRF alleges that this attitude of discrimination towards its own citizens, adopted by the government of India, is the result of the ideology of the Bharatiya Janata Party (BJP). The factsheet also makes stinging comments on sloganeering by leaders of the ruling BJP. The report says that several BJP leaders are planning on evicting the country’s Muslims and their intentions are revealed by them speaking of an India without Muslims.  As an example, the report mentions a statement made by Uttar Pradesh Chief Minister Yogi Adityanath in the year 2005, in which he had promised the elimination of other religions from India and said that this century will be the century of Hindutva. Meanwhile, the report also advises the government of India to put a stop to religious persecution. It mentions that those who give inflammatory speeches should be banned and severely reprimanded, so that they don’t use such language in future. The report also includes the concerns of the United Nations (UN) over the CAA. The UN, in its report, has termed the CAA as biased against minority Muslims. US President Donald Trump is reaching India for a two-day tour on February 24 and this report on the CAA, which comes just ahead of Trump’s visit, has damaged India’s image internationally.

Expressing concern over #CAA brought by the #ModiGovt, the United States Commission on International Religious Freedom @USCIRF releases a factsheet report and criticised the controversial #citizenshiplaw and says it's discriminatory and biased against #Muslims @iankushchoubey pic.twitter.com/A1MRVCc5BP