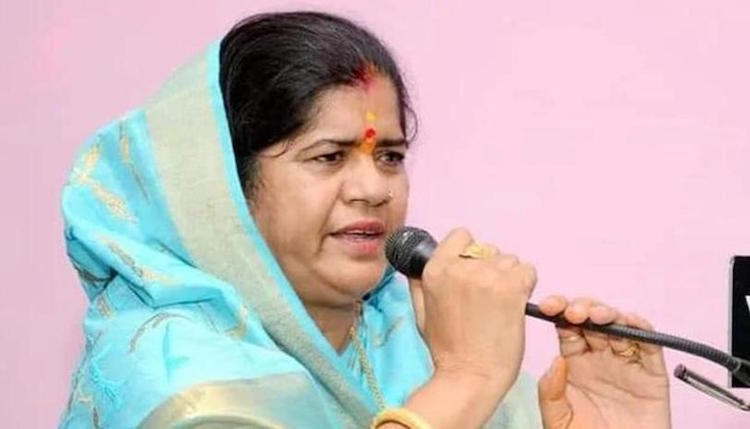 The Shivraj Singh Chouhan-led Madhya Pradesh Government on Thursday expanded his cabinet in which a total of 28 ministers were administered the oath of office and secrecy. In this cabinet expansion, 11 ministers of Jyotiraditya Scindia's camp were appointed which include Imarti Devi, a Congress-turned BJP leader. Imarti Devi had earlier given a statement which kept her in the headlines.
Also Read:
Covid-19 Causing Increased Anxiety, Depression in S.East Asia Region, Says WHO

Imarti Devi had said that she will always stand alongside Jyotiraditya Scindia in every situation. "If Maharaj (Mr Scindia) asks me or I myself feel that I need to jump into a well then I will do so for Maharaj," she said. Imarti Devi was the Minister of Women and Child Development in the Congress' Kamal Nath government and she has always been beset with controversies. When Imarti Devi was a minister in the Congress government, she compared the BJP to a dog. Imarti Devi had said - 'We are Congress elephants, keep walking and dogs keep barking. We do not mind”. Once She had also called Jyotiraditya Scindia her god, she said, “if Maharaj Scindia says, I will also sweep and Maharaj is God to me, I worship him every day by putting his picture in the house”. Recently, an audio went viral in which the woman was claimed to be Imarti Devi. In the viral audio, the woman was discussing a man named Munna and was giving a death threat. However, Imarti Devi had dismissed all these allegations completely.