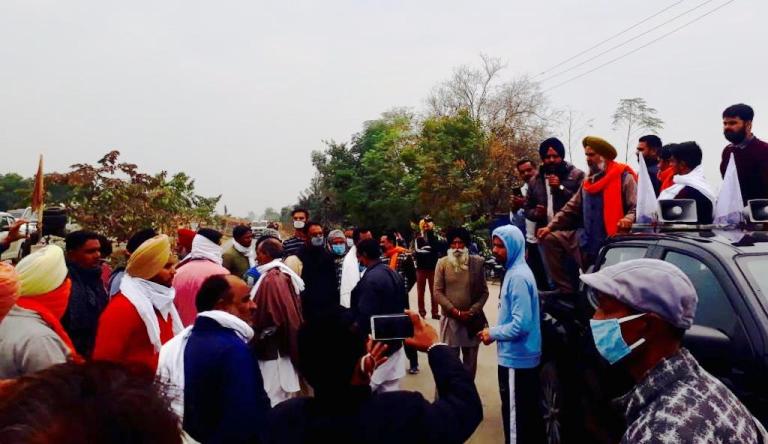 Despite getting their permission request rejected by Delhi Police, hundreds and thousands of farmers have started marching towards the national capital against centre's farm laws. Farmers from Haryana, Punjab, and few other states are getting loaded in their tractors, buses, trucks and many on foot are cruising towards Delhi to express their anger against the changes in the laws related to crop purchase. Farmers are carrying ration, makeshift beds, and everyday things to make a long camp in case they are stopped outside or near Delhi. In the midst of all this, the Haryana police started detaining farmer leaders ahead of the protest. Police have arrested almost 100 farmer leaders by raiding several places including Fatehabad, Hisar, Jhajjar, Sirsa in Haryana.
Also Read:
Skipper Virat Kohli Comes To Facebook, Instagram In Augmented Reality

Haryana Police has brought up blockade in all districts. The main routes to Punjab have been closed. The Data Singhwala border in Jind and the Devinagar and Saddopur borders in Ambala have been sealed. Section 144 has been imposed in many districts including Jhajjar-Rewari. The blockades have been tightened at the Kundli border in Sonipat. The state government has invited 5 companies of Rapid Action Force (RAF) from the centre. They have been deployed at the Punjab border at Sirsa, Ambala, Jind, and Delhi border at Sonepat. 14 additional police companies have also been set up. The administration in Ambala has deployed a heavy police force with water canon. The Haryana government has advised citizens to avoid travelling on certain national highways for the next three days. Prior to the beginning of the farmers' protest march, Delhi Police had said that the protest was not allowed in the city in view of COVID-19. Delhi DCP Eish Singhal said that mass gathering amid coronavirus cannot be allowed and if protesters still come here, legal action will be taken.  More than three hundred farmers' organisations have been organizing a movement on new agricultural laws for the past two months across the country. The biggest impact of this movement is in Haryana and Punjab where minimum support price is a big issue for farmers. An announcement was made by the farmers' associations to reach Delhi on 26 November and camp till their demands are met.