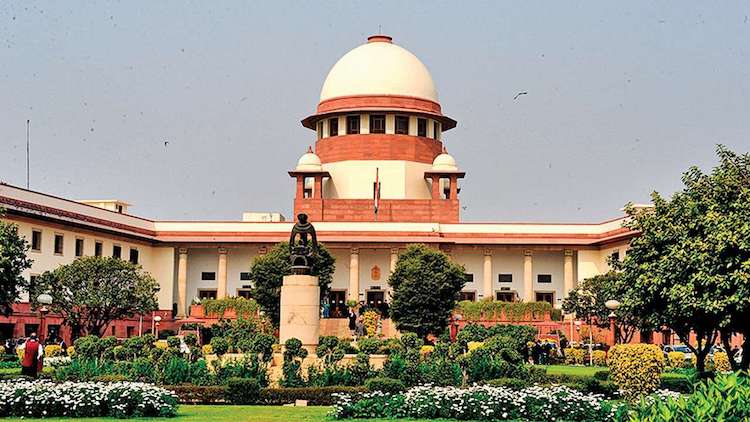 Hearing a clutch of petitions challenging the new farm laws as well as the ones raising issues related to the ongoing agitation at Delhi borders, the Supreme Court Monday said it was "extremely disappointed" with the way the government and farmers organisations are negotiating. The court asked the Centre to stay the laws till a committee constituted by it discusses the same and submits a report. “Let those farmer unions who say it is progressive say that before the committee. But you have to tell us whether you stay the farm acts or we do it. Keep it in abeyance. What is the issue?? We are not in favour of easily staying a law but we want to say don’t implement the law,” the top court said.
Also Read:
Volunteers In Jammu Strive To Save The Tawi River

"What consultative process has been followed for farm bills that entire states are up in rebellion?" the top court asked the government. The bench comprising CJI Bobde Bobde and Justices A S Bopanna and V Ramasubramanian further added, “Some people have committed suicide, old people and women are a part of the agitation. What is happening?” and added that not a single plea has been filed that said that the farm laws are good.” "We also have an apprehension that something dangerous could happen. Each one of us will be responsible if something goes wrong. We don't want anybody's blood on our hands," CJI Bobde said. In response, the Centre opposed the staying of the farm laws, says ‘laws cannot be stayed, it will be drastic’. 'We are not staying the law, only the implementation of the law,' the CJI said. 'We are doing this because you have failed to solve the problem. Union of India has to take responsibility. 'If sufficient consultation had taken place, the present volatile situation would not have arisen,' the top court further added. The Supreme Court further said it cannot restrain peaceful protests, cites Mahatma Gandhi’s satyagraha. 'Who will be responsible for bloodshed? The court is duty-bound to protect the lives and property of citizens guaranteed under article 21,' the SC said on Monday. “We have given you long rope, Mr. Attorney General, please don't lecture us on patience,” a bench headed by Chief Justice S A Bobde said. Solicitor General Tushar Mehta told the bench, also comprising Justices A S Bopanna and V Ramasubramanian, that the top court has made “harsh observations” regarding the handling of the situation by the government.