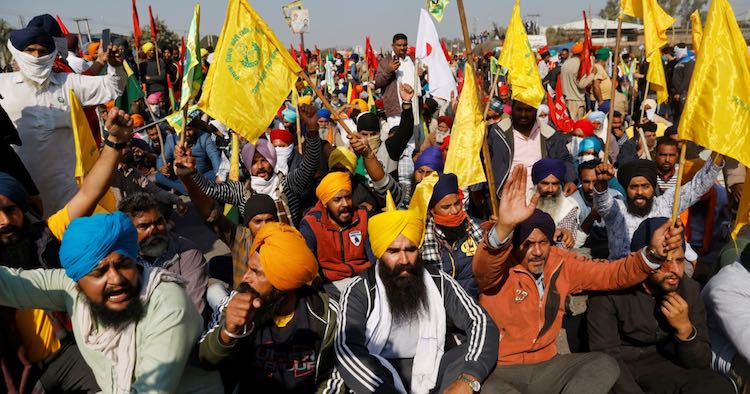 Angry at the new agricultural laws, farmers are out on the streets for the last 28 days in the midst of biting cold. Farmers say that the government is ending the MSP system, although Prime Minister Narendra Modi refutes the claims as mere confusion. Then what is the matter? In fact, in the Economic Survey presented before the Union Budget this year, the government said that it wants to cut food subsidies, which rings true to the fears of farmers. At that time KV Subrahmanyam, the Economic Advisor to the Government of India, had said that either the price of ration given to the poor should be increased, or the number of people who get ration should be reduced. Overall, the exercise should be undertaken to reduce the burden on the government treasury.
Also Read:
Bishan Singh Bedi Quits Delhi Cricket Body, Wants His Name Removed From Kotla Stand

And that's exactly what happened. The government had allocated Rs 1,84,000 crore on food subsidy in the 2019-20 budget and released Rs 1,56,000 crore by March 12, 2020. Out of this, Rs 1,19,164.O2 crores was given as subsidy to Food Corporation of India (FCI), which goes to the markets to buy the produce from the farmers. Apart from this, Rs 36,860.62 crore was released by the Central Government to the FCI to purchase food grains from different agencies of the states in 2019-20. But in the current financial year, the government made a big cut in the total food subsidy and allocated only Rs 1,15,319.68 crore in 2020-21. Now, look at another picture. According to the latest data, the debt on the Food Corporation of India has crossed Rs 3 lakh crore in the current financial year, including 1.45 lakh crore which the govt owes to the FCI. The corporation was in a debt of Rs 1 lakh 616 crore in 2014-15, which has increased to more than 3 lakh crore in 2019-20. That means the government had to pay the oustanding dues to FCI, but the government has already made a cut in the subsidy. It appears that the government wants FCI to buy minimum grains on MSP for it does not have enough money. Farmers also fear that after the enactment of the new laws, there will be no legalisation of MSP. The government will not be obliged to buy grain and they will have to suffer the exploitation of the market.
Data also show that in states where governments buy large scale of farmers' produce, farmers are comparatively more prosperous. This is the major reason behind the prosperity of the farmers of Punjab-Haryana and the poverty of the Bihar farmers.