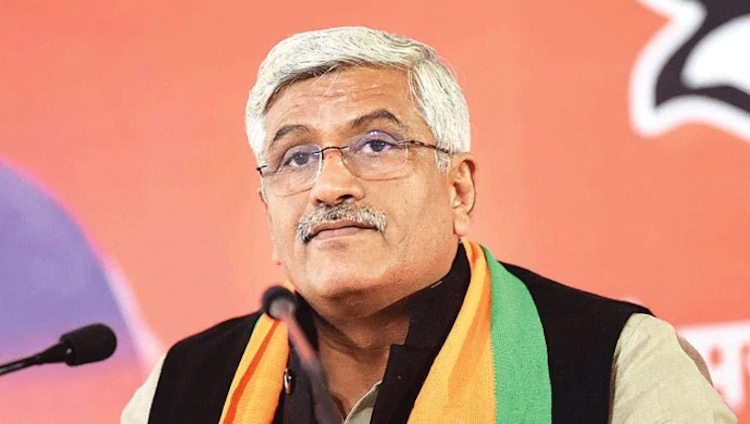 An FIR has been filed against Union Minister Gajendra Singh Shekhawat along with rebel Congress MLA Bhanwar Lal Sharma for allegedly conspiring to pull down the government in Rajasthan. Another person named Sanjay Jain is also charged in the FIR and has been arrested. Congress Spokesperson Randeep Singh Surjewala on Friday referred to two audio tapes in which rebel Congress MLA Bhanwar Lal Sharma was in discussion with BJP leaders. The party has alleged that one of the voices belonged to Union Minister for ‘Jal Shakti’ Gajendra Singh Shekhawat and BJP leader Sanjay Jain who was also involved in the plot to topple the Government.

“Two audio tapes surfaced last night on the so-called conversation of Union Minister Gajendra Singh, Congress MLA Bhanwarlal Sharma and BJP leader Sanjay Jain. The conspiracy to topple the Congress government is clear through the so-called conversation. This is a black chapter in the history of democracy,” Surjewala said. The BJP, on the other hand, has denied any links with Sanjay Jain. “It is not my voice. I don’t know which Sanjay Jain they are talking about. I know many people in that name. If I had talked to someone, my number should be there. You can conduct a probe. I am ready for an investigation,” Shekhawat said. Moreover, the Congress on the basis of audio proof, has suspended Bhanwar Lal Sharma and another rebel MLA, Vishvendra Singh for their alleged involvement in deal-making to dislodge the party's government in cahoots with the BJP.   Congress Chief Whip Mahesh Joshi said that he had mentioned only Gajendra Singh, people are making guesses, Special Operations Group (SOG) will find out in the investigation. Two FIRs under section 124A and 120B have been registered.

Bhanwar Lal Sharma, Gajendra Singh and Sanjay Jain have been named in the FIR. I have mentioned only Gajendra Singh, people are making guesses, Special Operations Group (SOG) will find out in the investigation: Mahesh Joshi, Congress Chief Whip #Rajasthan https://t.co/EfgUyAjABx pic.twitter.com/bYE110GYLq