Floods And Landslides In Assam Kill 50 In Last One Month, Lakhs Left Homeless 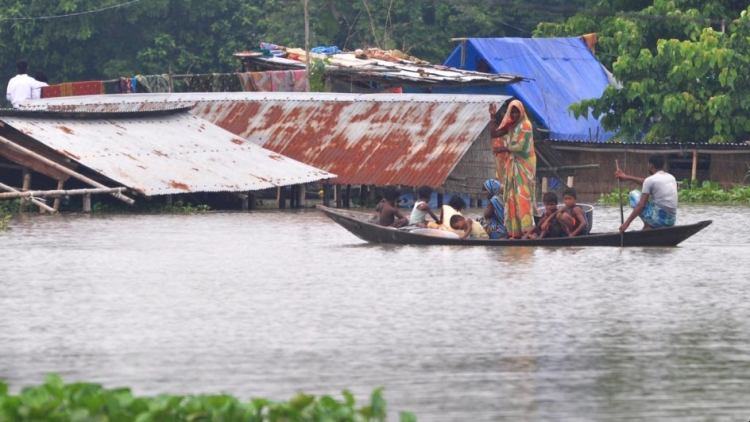 According to the Disaster Management Authority of Assam, the number of people affected by floods in the state has reached close to 15 lakhs. At present, the number of relief camps has been increased to 265 where more than 25,000 people have been shifted.

23 districts of Assam affected due to flood. Population of 14,93,508 affected, death toll due to flood stands at 27 after 3 deaths were reported in Barpeta (2) and Dibrugarh (1) on June 30. 25,461 people staying in 265 relief camps: Assam State Disaster Management Authority pic.twitter.com/1dsfoirErm

Rain and flooding have continued to wreak havoc in Assam since the last week of May. Many deaths were reported in the lower part of the state after 22 May. Meanwhile, on June 2, 23 people died in the landslide after heavy rains in Barak Valley. According to the state government data, 50 people have died so far due to floods and landslides. The maximum damage has been reported in Barpeta, South Salmara, Nalbari, Morigaon, and Goalpara.

The disaster has broken the back of people associated with agriculture in Assam. Nearly two million livestock have been affected by the floods, while over 75,000 hectares of agricultural land is submerged under water. All the major rivers including the Brahmaputra in the state are flowing above the danger mark due to which roads and bridges have also been affected.

The situation is also deteriorating rapidly in Kaziranga National Park, Manas National Park, and Pobitora Wildlife Sanctuary. According to the state government, 70 animals have drowned so far. These include a large number of deer beside a rhinoceros. The state's Environment and Forest Minister Parimal Shukla Vaidya has gone on a tour of these parks to take stock of the damage caused to the wildlife.