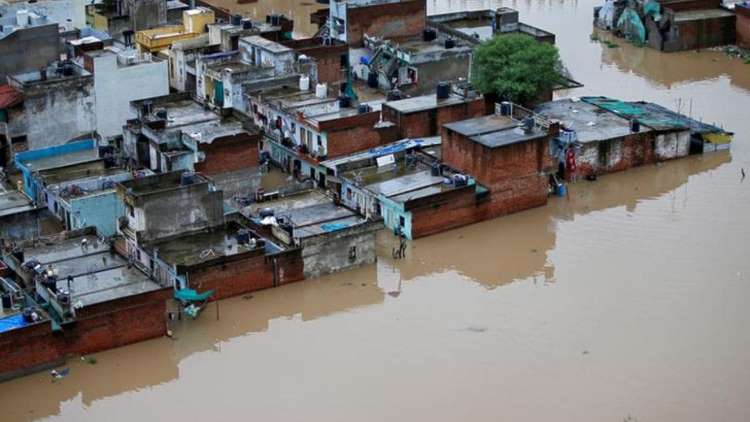 The Central government told the Parliament that over the period of three years, the country has suffered a loss of Rs 50,420 crores due to floods, with states like Bihar, West Bengal, Karnataka, Rajasthan, Tamil Nadu and Arunachal Pradesh suffering the most. Floods wreak havoc in the country every year, causing huge loss of life and property. There are many states where flooding is inevitable almost every year, however, it takes years to compensate for the loss and destruction unleashed by the floods.
Also Read:
Facebook Accused Of Spying Instagram Users Through Phone Cameras

In response to a question in Parliament, Union Minister of State for Water Power and Social Justice and Empowerment Rattan Lal Kataria released state-wise data that said floods have claimed thousands of lives and crops, houses worth thousands of crores of rupees. According to the figures, the country suffered a loss of Rs 5,675.32 crore in 2016 due to floods. With Rs 2055.4 crores and 63 human casualties, Karnataka incurred most losses, followed by Rajasthan which reported 129 flood casualties and a loss of Rs 1199.11 crore. In the same year, 114 flood-related deaths were reported in Uttarakhand and the amount of flood damage to the state was estimated to be Rs 788.2 crore. Bihar suffered the maximum 254 deaths due to floods in 2016 and suffered a loss of Rs 528.7 crore. While Haryana registered two flood deaths and a total loss of Rs 522 crore. The series of losses continued for the next year as well. In 2017, floods cost India Rs 26,395.8 crore of loss in different states. West Bengal suffered the maximum loss of Rs 17,727.9 crore with 217 deaths, followed by Gujarat which saw 284 lives claimed by the floods and suffered a loss of Rs 3,555.8 crore. In 2017, Rajasthan lost Rs 1,876.8 crore, Arunachal Pradesh Rs 1,574.6 crore and Nagaland lost Rs 551.5 crore. Meanwhile, 101 people died in Rajasthan, 60 in Arunachal Pradesh and 29 in Nagaland, due to floods. In 2018, the country suffered a loss of Rs 18,349.76 crore due to the devastation caused by the floods. In Karnataka alone, Rs 7,940.15 crore were washed away with floodwaters, Andhra Pradesh lost Rs 3,687.17 crore and states like Tamil Nadu, Arunachal Pradesh and Tripura were particularly affected. According to the data, the damage was estimated at Rs 3,500 crore in Tamil Nadu, Rs 1913.8 crore in Arunachal Pradesh and Rs 946.17 crore in Tripura. Meanwhile, a total of 344 people died due to floods in these five states. However, the real figures would be much more than the official data.