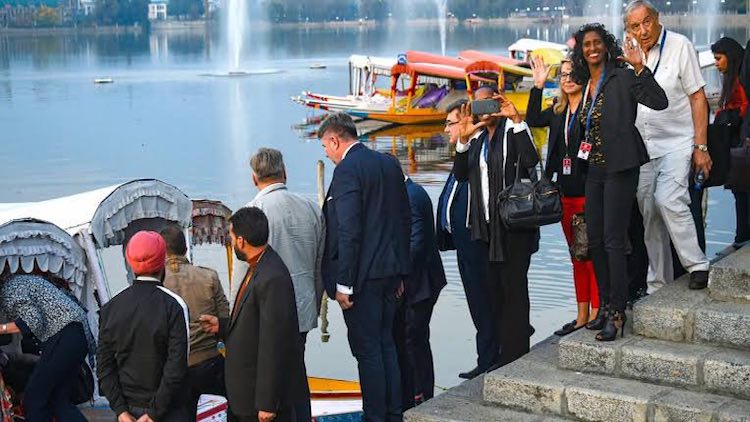 The Central government had ended the special status of Jammu and Kashmir on August 5, 2019. Now, five months later, it has brought a delegation of foreign envoys to the Valley for assessing the ground situation there. European Union members, however, stay away saying they will need wider access. Diplomats from the United States, South Asian nations, Latin America and Africa are part of this delegation. Also Read: World Bank Lowers India Growth Rate Estimate To 5%

However, EU diplomats refused to go to Kashmir saying that they did not want to be part of a ‘guided tour’ by the government of India. Representatives of the EU also said that they want to independently meet three former Chief Ministers of Jammu and Kashmir -- Farooq Abdullah, Omar Abdullah and Mehbooba Mufti --- and the local people. Among the nations whose representatives are part of this delegation are America, Vietnam, South Korea, Uzbekistan, Guyana, Brazil, Nigeria, Niger, the Philippines, Argentina, Norway, Morocco, Maldives, Fiji, Togo, Bangladesh and Peru. Since this delegation has been sent by the Central government, the delegates will not have permission to move around on their own or to interact with the local people. Earlier, in October 2019, 27 Parliamentarians from European nations were taken to Kashmir with the help of an NGO but this was severely criticized. Despite the passage of five months, there is no improvement in the situation in the Kashmir Valley. While restrictions on the internet continue, there are grenade attacks in Srinagar every other day.

A delegation of foreign envoys, including from the #UnitedStates, visits #Kashmir for assessing the ground situation there. #EUmembers, however, stay away saying they will need wider access@iankushchoubey#KashmirPublicityTour