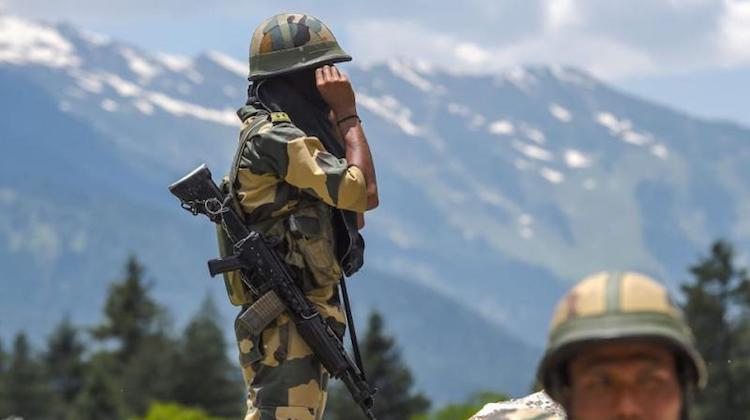 Tensions have flared up once again on the LAC near eastern Ladakh as the border dispute between India and China escalates despite recent military and diplomatic level talks. In a statement issued by the Press Information Bureau(PIB), on the intervening night of August 29 and 30, Chinese troops violated the agreement between the two countries. In May, there was a violent skirmish between the soldiers of the two countries in eastern Ladakh after which several rounds of military and diplomatic level talks were held to reduce tensions. Negotiations are still going on, but in the meantime, Chinese troops have once again dared to change the status quo by aggressive military activities.
Also Read:
BSF Detects 25-Feet Deep Tunnel, Sandbags Marking 'Karachi'

The statement issued by the PIB also said that Indian troops prevented the movement of Chinese troops along the southern shore of Pangong Tso Lake, took several measures to strengthen their position, and thwarted China's intention to arbitrarily change the status quo. The PIB has said that the Indian Army is committed to peace through dialogue but is equally ready to safeguard the border and sovereignty of the country. To resolve this issue, a flag meeting of the Brigade Commander Level is going on in Chushul.