From West Bengal To Jammu, Flood Fury Across States; 7 Dead In Odisha 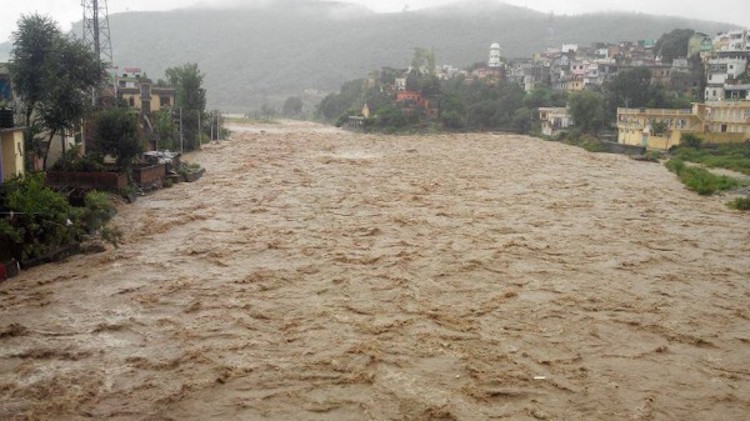 Rain, floods and landslides continue to mount challenges amid the Coronavirus pandemic. The situation in Odisha, Jammu and Kashmir, Uttarakhand, Himachal Pradesh and Madhya Pradesh to Bengal is worsening due to continuous rains. At least 7 people have died while two are missing due to flash floods in Odisha. According to Odisha's Special Relief Commissioner Pradeep Kumar Jena, 4 people died in Mayurbhanj district, 2 in Kenojhar and 1 in Sundergarh district.

Due to heavy rainfall and flooding, 7 persons died in last 3 days (4 from Mayurbhanj district, 2 from Keonjhar and 1 from Sundergarh district) and 2 persons are missing: Pradeep Kumar Jena (in file pic), Special Relief Commissioner #Odisha pic.twitter.com/ywjWpeADCv

About 7,000 people have been evacuated from the low-lying areas of Odisha to safe places. Mayurbhanj, Balasore, Jajpur, Bhadrak, Boudh, Kendrapara and Sonepur districts have recorded the highest rainfall. According to Bhadrak DM DM Gyan Ranjan Das, the water level of the river is constantly increasing and crops have suffered heavy losses.
Also Read:
UN Chief Urges India To Lead Global Push For Clean Energy, Climate Action

In West Bengal too, rivers are in spate due to continuous rains, due to which more than 50 villages in West Midnapore are badly affected. Some embankments have been broken due to floods and water has entered the fields as well as residential areas. At the same time, a three-storey house collapsed in Kolkata, an elderly woman died and the other three were injured. Birbhum, Hooghly, Western Bardhaman and East Bardhaman districts in West Bengal have been affected due to heavy rains. The floods in Uttarakhand, Himachal Pradesh and Jammu and Kashmir have also caused considerable destruction due to floods. Badrinath National Highway has been closed for 17 hours in Chamoli in Uttarakhand, due to which the movement has been badly affected. Apart from this, due to continuous heavy rains in Lambagad and Bhanwarpani, a large part of a hill has come and fallen on the national highway, the team of National Highway and Infrastructure Development Corporation is busy opening the highway.

Many houses in Dharchula district of the state were damaged and collapsed and the goods have not yet been removed from under the rubble. According to SDM of Dharchula, Anil Kumar Shukla, people want to retrieve properties from damaged houses. "We're seeing that it's done with machines' help," the SDM said. After the continuous rains for the last four days in Jammu division of Jammu and Kashmir, a flash flood occurred on Friday also. The help of an army helicopter has been taken to evacuate 7 people trapped for 34 hours near the river in Kathua. The local administration is on high alert due to rains in Jammu for three consecutive days and prices of vegetables have increased in the midst of floods. A person named Jai said that the vegetables which were being sold at Rs 30 per Kg, now cost Rs 60, which we cannot afford to buy.