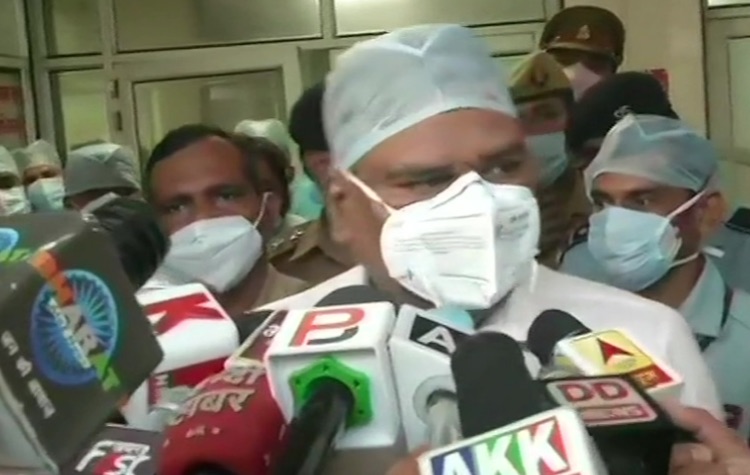 Principal doctor of Kanpur's Lala Lajpat Rai Hospital, Dr. RB Kamal said that Gangster Vikas Dubey had a total of four bullets in his body. Three shots were fired on his chest while the fourth bullet was in his hand. Earlier, it was claimed in media reports that Vikas Dubey was shot in the waist and stomach.

The condition of the 3 injured police personnel is stable; bullets brushed by two of them. #VikasDubey had 3 bullet injuries on the chest and one on his arm: Dr RB Kamal, Principal, LLR Hospital, Kanpur pic.twitter.com/sdvUqgO8TH

The UP Police claims that four of its men have been also been injured in the alleged encounter. They have also been admitted to Lala Lajpat Rai Hospital and can be seen with injuries. Principal doctor RB Kamal said that the condition of three policemen is stable.

Uttar Pradesh Police claims that Vikas Dubey was killed in an encounter when he was running away after snatching a police pistol. But the opposition parties are not convinced of this claim by the UP Police. The families of the eight policemen who died in the Kanpur encounter on July 2 have also raised questions on the alleged encounter. Martyr Constable Sultan Singh's wife Urmila Verma has asked, 'how will it be known after Vikas Dubey's death what the forces were behind him. By inquiring him, those names could be unraveled.'

I'm satisfied. But now how will it come into fore as to who were backing him (Vikas Dubey)? It could have been unraveled by questioning him: Urmila Verma, wife of constable Sultan Singh who lost his life in an encounter at Kanpur's Bikru village on July 3#vikasDubeyEncounter pic.twitter.com/Y1jCFHPO1X