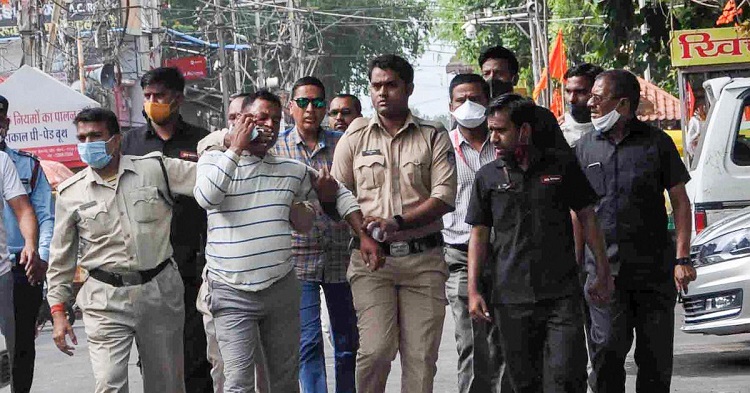 In a bizarre turn of events, criminal Vikas Dubey was shot dead on Friday morning while allegedly fleeing police custody. Police say the car he was being escorted in overturned in wet conditions en route to Kanpur from Madhya Pradesh. At this point Dubey attempted to snatch a weapon and flee the scene. Police say they surrounded him and asked him to surrender but he fired at them and was killed in retaliatory shooting.
Also Read:
Post-COVID-19 Green Recovery Must Embrace Sustainable Aviation Fuels

The incident reportedly took place on the stretch between Jhansi and Kanpur.

Kanpur: One of the vehicles of the convoy of Uttar Pradesh Special Task Force (STF) that was bringing back #VikasDubey from Madhya Pradesh to Kanpur overturns. Police at the spot. More details awaited. pic.twitter.com/ui58XBbd82

Dubey was arrested in MP's  Ujjain on Thursday after being on the run since July 3 after orchestrating an ambush in Kanpur district in which eight policemen were killed. During the hunt for Dubey, who carried a bounty of Rs 5 lakh on his head, the UP Police shot dead several of his aides in encounters.

Basic Q in #VikashDubeyEncounter - high value prisoner must be handcuffed, secured & escorted by large police force. If he broke free, seized weapon(usual story) & ran, doesn’t it prove gross lapse? So shouldn’t they face suspension/enquiry. If they are lauded what does it mean?

The ‘most wanted’ gangster had over 60 criminal cases against him, including murder and attempt to murder.