The present situation in Kashmir harks back to the dark days of the 1990s. After the recent attacks in the valley, migrant labourers have begun fleeing from there, and have said that they have not witnessed such a scene for the past 35 years. Extremist attacks have killed 10 people over the past 15 days. The locals in the Kashmir valley and Jammu have been rendered apprehensive and tense following these attacks, and Kashmiri Pandits have begun fleeing the Valley once again.  The current situation in Kashmir raises big questions on the Centre’s claims of restoring ‘normalcy’ after the abrogation of Article 370.
Also Read:
India’s Hunger Situation Worsens, But Modi Govt. In Total Denial

Three Labourers From Bihar Killed Two Bihari labourers were killed in Kashmir’s Kulgam past Sunday by extremist militants. Three migrant labourers from the state staying in Wanpoh, Kulgam were shot by the militants who barged into their residence, killing two while the third managed to escape with his life. Before this, on Saturday, one person from Bihar was killed in Srinagar’s Eidgah and another migrant labourer from Uttar Pradesh was killed in Pulwama. It is being said that the killings of civilians has begun from October itself. On 6th October, a renowned chemist of the region Makhan Lal Bindroo was murdered by extremists along with three other people, and two more were killed on the following day, bringing the count to five. These murders have been referred to as “targeted killings” since they pick out people for killing in cold blood. Kashmiri Pandits’ Exodus Once Again The media has reported that a unit of the Lashkar-e-Taiba itself, named United Liberation, has taken responsibility for the killing of a Bihari migrant labourer on Sunday, and has warned non Kashmiris to leave the valley. Since mostly non-locals and Kashmiri Pandits number among those killed, this has expectedly created an atmosphere of fear in these communities. On 6th October, 68 year old Makhan Singh Bindroo was murdered by the extremists. Bindroo was one of the last remaining Kashmiri Pandits who had chosen to stay on in the valley even after the exodus imposed upon the community in the 1990s during the heightened militancy in the region. On 7th October, a government school teacher and principal were similarly killed in Srinagar’s Eidgah area: they belonged to the Sikh and Pandit community. While a section is protesting the spate of ‘targeted killing’ in the region, Pandits have begun an exodus from the valley again.   Sheikhpora was settled in Kashmir’s Budgam in 2003 to restore those Pandits that had fled the valley in 1990, and now dozens of families are fleeing the settlement, triggered after the Eidgah killings. According to local Pandits, up to 500 people have left affected districts like Anantnag, Budgam, and Pulwama. One Kashmiri Pandit organization stated that in 2010-11, people from the community were offered government jobs as part of a resettlement package, but now many are migrating to Jammu fearing for their lives. 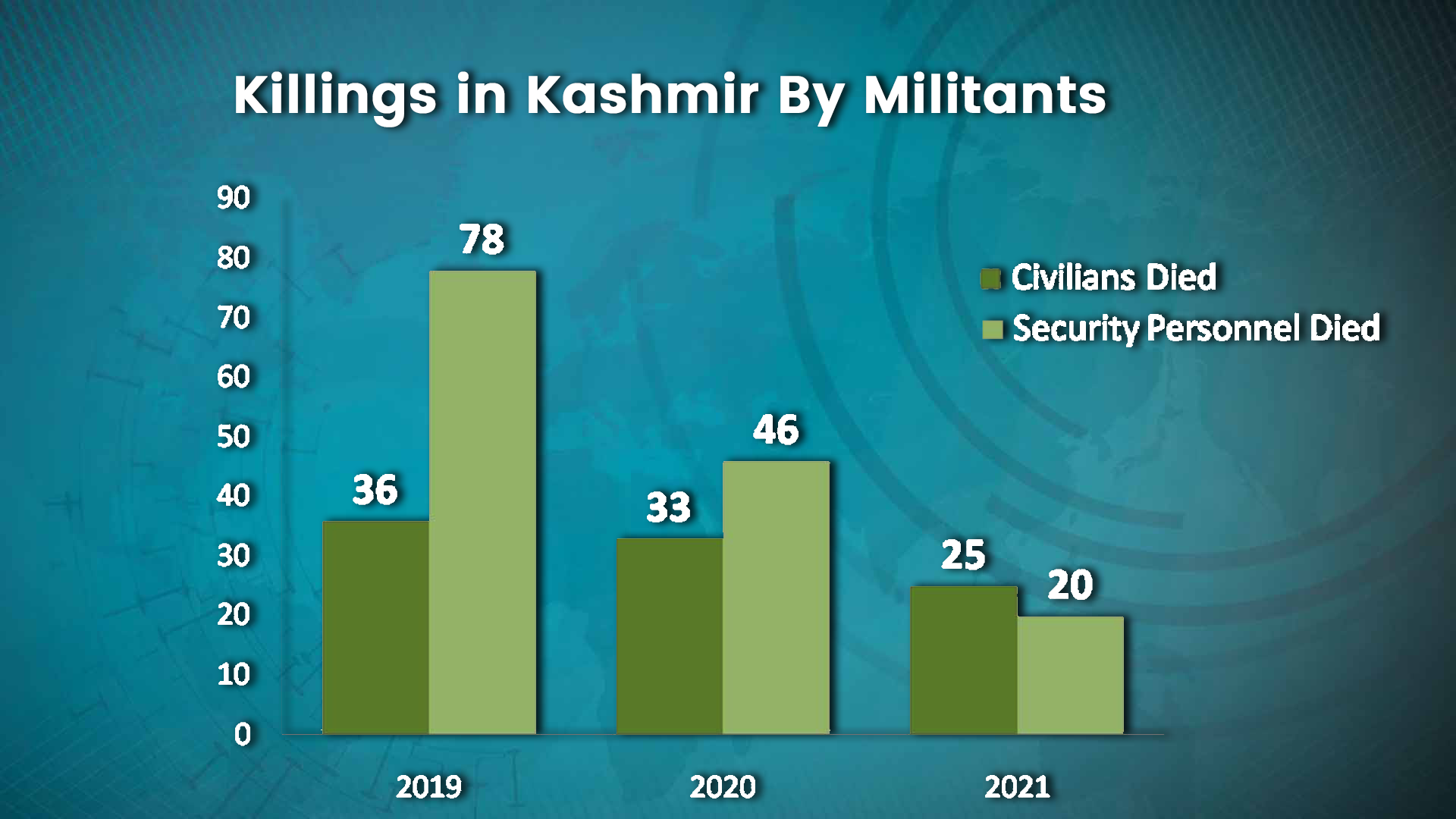 As of 7 October this year, 25 people have lost their lives to violence and 20 security personnel were killed as well, whereas in 2020 33 civilians were killed and 46 security forces also died doing their duty. The killings of ordinary civilians is now becoming a normal news. The data is clear that the situation in Kashmir is not “normal”. If the current scenario persists then Kashmir will witness another exodus against the background of heightened militancy and violence.