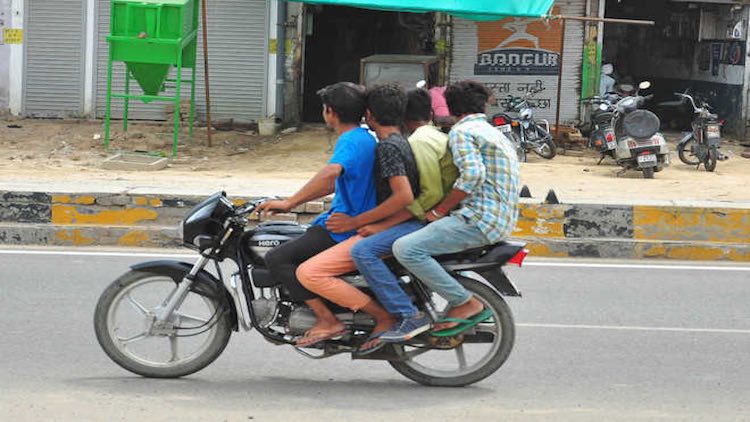 The Gujarat government has again made changes to the new Motor Vehicles Act, which was implemented in September. This time, the government has decided not to impose fines on two-wheelers and vehicles used for farming purposes. Also, the restriction on wearing helmets, due to which thousands of lives can be saved, has been removed. No fines will be imposed in many cities of Gujarat for not wearing helmets. Along with this, the Gujarat government has cancelled the fine imposed on triple riding on bikes or scooters. Also Read: RBI Keeps Repo Rate Unchanged At 5.15%, Slashes GDP Forecast To 5%

Earlier, the Gujarat government had announced that it will reduce the heavy fine implemented in the Motor Vehicles Act 2019. According to the new rules in the Motor Vehicles Act, the fine for not wearing a helmet is Rs 1,000 but the Gujarat government has changed this to Rs 500. The fine for not wearing a seat belt is Rs 1,000, which has been changed to Rs 500 in Gujarat. The penalty for driving without a driving licence is Rs 5,000 but in Gujarat, two-wheeler drivers will have to pay Rs 2,000 and other vehicles will have to pay Rs 3,000 as fine for this. According to the new rules, the fine for triple riding is Rs 1,000 but in Gujarat, this fine will be just Rs 100. The government says that it has given concession in fines to two-wheelers and vehicles used for agricultural work. The government also says that permission to ride without helmets and for tripling in urban areas has been given because there had been reports of scuffles between the police and the common people. According to the State Traffic Branch, there were a total of 21,171 road accidents in Gujarat in 2016, in which 6,289 two-wheeler riders died. In 2017, 19,081 road accidents took place, in which 6,086 two-wheeler riders were killed. Statistics for 2018 and 2019 have not been released yet. Figures reveal that the Gujarat government’s decision to grant concessions to two-wheelers is full of risks. Watch the full report here:

#Gujarat government rolls back mandatory wearing of #helmets on two-wheelers within city limits. However, wearing a helmet is mandatory when on highways or village roads. #TrafficRules pic.twitter.com/XXhOoCwTgX