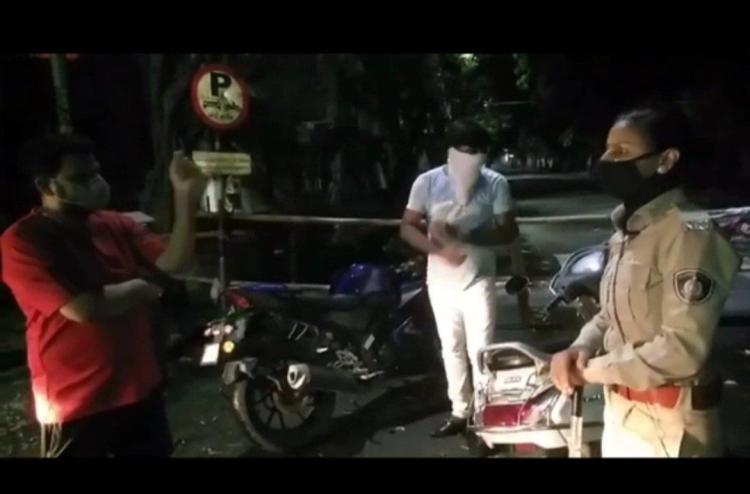 States across the country are engaged in preventing COVID-19 with the help of lockdown, but the stories of the leaders and their habit of VIP culture hasn’t vanished from the discourse. Now a case of dispute between the son of BJP government minister Kumar Kanani in Gujarat and a woman constable has come up.

Minister Kumar Kanani's son’s friends violated the lockdown and called Prakash Kanani, the minister’s son who had a heated argument with Constable Sunita Yadav, and allegedly threatened the constable. Prakash allegedly told the constable that ‘we have the strength to keep you standing in the same place for 365 days.’ And later threatened of transferring the constable.

#SunitaYadav is not a pushover.
i am amazed to see her confidence in dealing with BJP minister's son who was clearly at fault by driving a car with MLA signboard in curfew. She is much better than many IPS officers.
Sad part, she will pay a heavy pricepic.twitter.com/Qw5DAoSScF

After this whole case, Surat Police Commissioner RB Brahmabhatta ordered an inquiry into the matter on Saturday and Sunita Yadav has been sent on leave till then.

In this case, however, the minister claimed that his son was going to a civil hospital to see his father-in-law undergoing treatment for the coronavirus as his condition was critical and the constable stopped him in the meantime. The minister said that his son requested to leave but the constable argued why there was MLA written on the vehicle. He also said that the two sides should have understood each other.