'Gundaraj in UP': Political Salvo Against Yogi Government Over Journalist's Killing 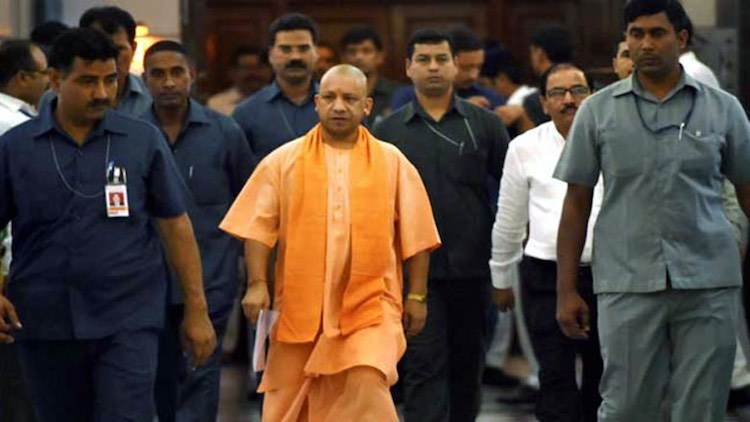 The Opposition parties on Wednesday cornered the Yogi-led UP government over the murder of journalist Vikram Joshi in Ghaziabad. Several opposition parties including Congress, SP, TMC have raised questions over the deteriorating law and order in the State. Congress leader Rahul Gandhi hitting out at the Government tweeted that "Journalist Vikram Joshi was killed for opposing the molestation of his niece. My condolences to the bereaved family. The promise was of giving 'Ram Raj', but gave 'Gundaraj’.”
Also Read:
‘COVID-19 is making a global childcare crisis even worse’: UNICEF chief

Congress chief spokesperson Randeep Singh Surjewala said that this incident has exposed the issue of ’Gundaraj’ in UP. It is clear that there is no law and order left in the State. West Bengal Chief Minister Mamata Banerjee expressed condolences to the family of 'fearless journalist' Vikram Joshi. She tweeted that "Vikram was shot in UP for filing an FIR against those who molested his niece. An atmosphere of fear has been created in the country. Voices being muzzled. Media not spared. Shocking."

My heartfelt condolences to the family of Vikram Joshi, a fearless journalist who passed away today. He was shot in UP for filing an FIR to book his niece’s molesters. An atmosphere of fear has has been created in the country. Voices being muzzled. Media not spared. Shocking.

Former Uttar Pradesh Chief Minister and SP President Akhilesh Yadav also attacked the BJP Government asking it to 'clarify on whose back the criminals and miscreants who have broken the law and order system are flourishing'.

A group of journalists held a protest against the murder of Journalist Vikram Joshi and demanded strict action against the culprits.

Ghaziabad: A group of journalists hold protest against the murder of Journalist Vikram Joshi.

Vikram Joshi passed away today. He was shot at in Vijay Nagar area on 20th July by unknown persons. 10 people have been arrested in the case so far. pic.twitter.com/TZjjiMqv00

Meanwhile, Ghaziabad SSP Kalanidhi Naithani has said that Ravi and Chhotu, the main accused in the case, have been arrested. Illegal weapons have also been recovered from them.