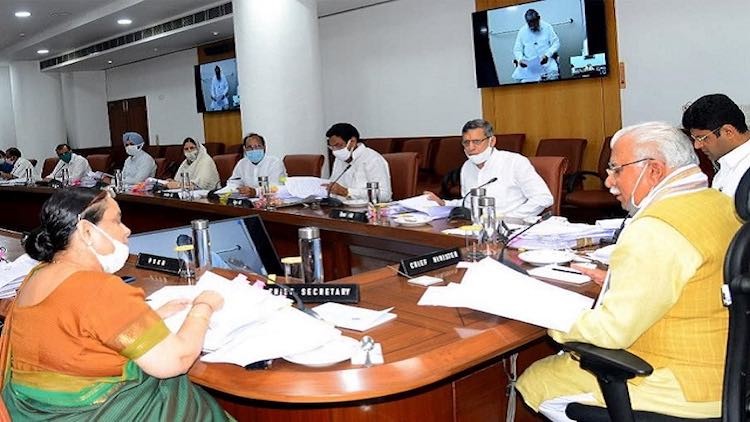 The Manohar Lal Khattar-led Haryana government on Monday approved an ordinance and reserved 75% jobs in private companies for local residents. Haryana Deputy CM Dushyant Chautala had promised the youth reservation in private jobs in 2019 Assembly elections. He tweeted, "Today is a historic day for the youth. Our government has approved an ordinance mandating the recruitment of 75% local youth in the private sector in Haryana’.
Also Read:
Spanish Study Casts Shadow Over COVID-19 Herd Immunity Theory

He also said that the laws that are being made for jobs in the private sector will have strict rules. After the enactment of the law, if a company, factory, trust or institution hides the information about its employees, then it will face severe consequences. The deputy CM has clarified that none of the employees working in the private sector would be fired. But those whose salary is less than Rs 50,000 would have to register on the portal of the labour department free of cost. The responsibility of the registration of employees will lie on the concerned company, firm or job provider.

He further said that strict action will be taken against those companies which will not register, under the new law Haryana State Employment to Local Candidates Act -2020. If companies are found to be violating the law, they will have to pay a fine ranging from Rs 25,000 to Rs 1 lakh. The government has also made rules for exemption in the law. If a candidate is ineligible for a job according to a company, then the company will have to provide the information on the website of the State Labour Department. Upon permission from the department, can the candidate be trained for work or the company could give the job to another local youth. However, Haryana is not the first state to reserve seats for local youth in jobs. The Andhra Pradesh government had made a law in November last year to provide 75% reservation for local candidates in private companies. In July, the then Kamal Nath government of Madhya Pradesh reserved 70% jobs for local youth. It is believed that this decision of the Haryana government is a big setback for states like Uttar Pradesh, Bihar and Jharkhand, from where the youth used to work in a large number of factories across Haryana.