Hathras Case: Petition In SC Against Arrest Of Kerala Scribe 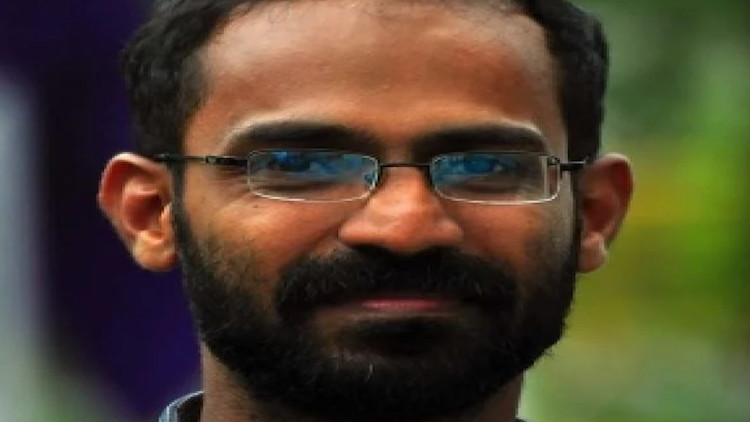 The arrest of the Kerala journalist as a suspect in Hathras gangrape and murder case may take a toll on the Yogi government of Uttar Pradesh. The Kerala Union of Working Journalists (KUWJ) has filed a habeas corpus petition in the Supreme Court against the arrest of journalist Siddique Kappan, who covered the Hathras incident. Terming the arrest as illegal and unconstitutional, the organisation has demanded his early release from “illegal detention”.
Also Read:
Bihar Polls: In A First, CPI (ML) Gives No Tickets To Upper Castes

On October 5, the UP police arrested Kappan, along with three others Atiq-ur-Rehman, Masood Ahmed and Alam on suspicion of having links with the Popular Front of India (PFI) at Hathras toll plaza. The UP government wants to ban the organisation. Their mobiles and laptops were also confiscated, which the government presented as evidence of a large conspiracy in Hathras. Kappan is the general secretary of KUWJ and is associated with the Malayalam news portal Azimukham.com. The organisation has said that no information has been given by the police to their families and associates after their arrest, a clear violation of the guidelines issued earlier by the Supreme Court. This arrest has been made for obstructing the functioning of a journalist. Meanwhile, the evidence presented by the UP Police looked absurd from the beginning. The laptop contained information about movements around the world, including America's 'Black Lives Matter' which was introduced as an intention to 'disturb peace in UP'. While such things are common to be found in the laptop and mobile phones of any person who is politically-socially active. In fact, the UP government is determined to present the Hathras case before the court as a result of a conspiracy. In order to polish the Government’s image, a PR agency has been hired for sending emails to journalists across the country to entangle the gruesome Hathras rape and murder with unnecessaries. This is the reason why a string of lawsuits are being filed and an attempt to link the sit-in protests with the anti-CAA-NRC movement is underway to assert that there is a conspiracy to defame the Yogi Government. However, the arrests of Kerala journalists reveal how desperate the story of the UP government is for the plot. Siddique Kappan must have told that he is a journalist, but his language, accent and a Muslim identity was probably enough for the arrest. It remains to be seen what the explanation the UP government offers before the court in connection with the case.