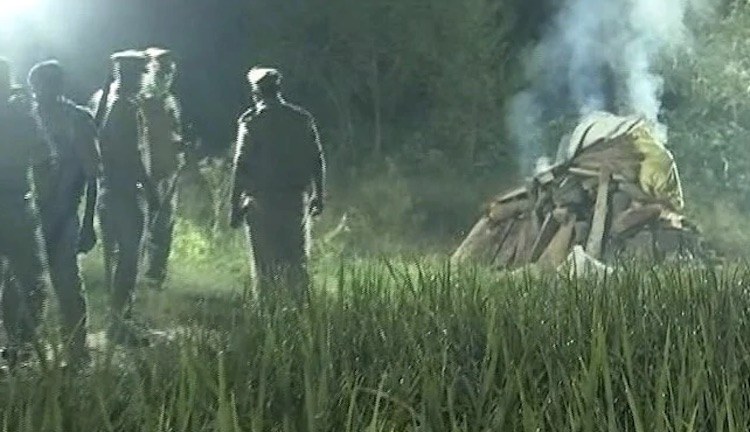 Uttar Pradesh’s Hathras Police performed the last rites of the gang-rape victim in the middle of the night. It is alleged that the police arrived at Hathras with the victim’s body from Safdarjung Hospital in Delhi on Tuesday evening and cremated her at around 2.30 am. All opposition parties, including the Congress, have called the police action as inhuman and unjust. On Tuesday night, the victim’s family pleaded with the Hathras police that according to Hindu custom, the last rites cannot be performed after sunset, but the police paid no heed to it. The victim’s family continued to oppose the funeral, but Hathras police burnt the body citing special circumstances. Earlier, the victim’s family sat on a dharna outside the Safdarjung Hospital. The family was adamant not to perform the last rites till their demands were fulfilled, but the UP Police took the victim’s corpse under their control and cremated it without her family members. Also Read: Railways, India’s Lifeline, Is Becoming A Loss-Making Proposition Year After Year

Congress leader Rahul Gandhi said that India’s daughter is raped, facts are suppressed and in the end, the right of a funeral is also taken away from her family. This is outrageous and unjust. Congress General Secretary and in-charge of UP Priyanka Gandhi said that at 2.30 am, the family kept pleading but the body of the victim of Hathras was forcibly burnt by the UP administration. The government did not give her protection when she was alive. When she was attacked, the government did not give her treatment and after death, took away her right of the funeral and did not even give respect to the deceased. In all the videos on social media, the victim’s mother is seen crying. She was repeatedly asking to take her daughter’s corpse home and perform the last rites as per the customs. The situation in the victim’s village is tense at the moment and the police are deployed as a precaution. All opposition parties and women’s organisations in the state have lashed out at the Yogi government over the forced funeral.
TAGS UP Police Yogi Government Hathras Hathras Gangrape Case Uttar Pradesh