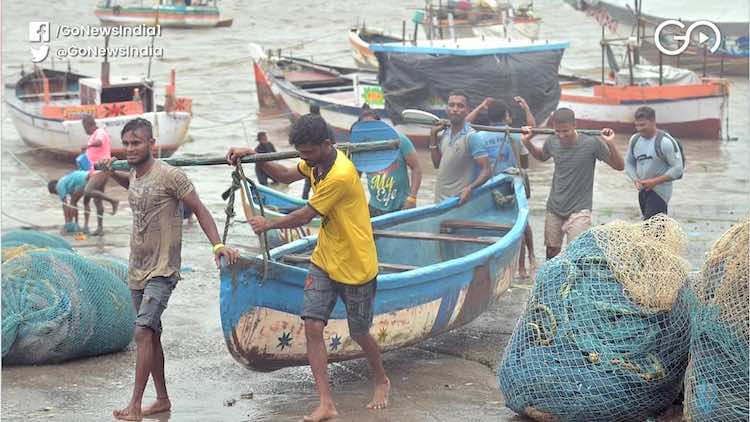 Heavy rains in many districts of Gujarat have created a flood scare as many rivers are in spate, especially in Dwarka, Junagadh and Porbandar, throwing normal life out of gear. Dwarka is the worst-hit where roads have turned into rivers. A portion of Dwarka received 434 mm rainfall, after which cars parked in roads and colonies begin floating in the water.
Also Read:
Saudi Arabia Announces New Restrictions For Haj, Pilgrims Forbidden To Touch Kaaba

According to the Meteorological Department, heavy rain occurred throughout the day in Porbandar, Gir Somnath, Junagadh and Amreli districts of Saurashtra as well as Valsad and Navsari districts of South Gujarat. According to the Emergency Operation Centre of Gujarat, till 8 pm on Sunday, there was 152 mm rainfall in Ranavav of Porbandar, 120 mm in Porbandar, 103 mm in Sutrapada of Gir Somnath, 99 mm in Chikhali of Navsari, 98 mm in Pardi in Valsad. At the same time, fishermen are restricted from going into the sea in other coastal areas including Bhavnagar. In Diu too, an alert has been issued that fishermen should not go near the sea because many fishermen's boats have already sunk here. Meanwhile, a farmer was killed after being struck by lightning in Surendranagar district while another person is feared to have been washed away in floods. He was traveling in a pickup van which was swept away by the strong waves of water. The Meteorological Department has issued alert for heavy rain in Saurashtra, North and South Gujarat for the next three days.

By GoNews Desk 58 minutes ago