High Alert In UP, Internet Shutdown In 21 Districts 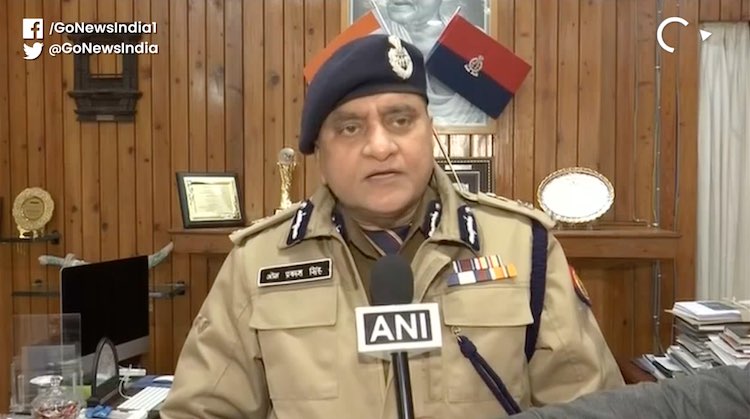 The UP government is taking speedy action in view of the protests against the Citizenship Amendment Act (CAA). It has stepped up security and deployed heavy police force across the state before Friday prayers. The internet has been shut down in 21 districts of U.P. Among these are Agra, Mathura, Saharanpur, Ghaziabad, Firozabad, Bijnor, Sitapur, Bulandshahr, Meerut, Aligarh, Muzaffarnagar, Sambhal and Kanpur.
Also Read:
Anti CAA-NRC Protest In Several Cities

Even the UP Police Twitter handle is not updated. This gives rise to the question whether the UP Police will be able to engage in any kind of communication or send across information to the people? The police chief is communicating through television.  Last Friday, violent protests had taken place against the CAA in many cities of U.P., in which 19 people have died till now. Police in U.P. have stepped up arrests of protesters against the CAA on a large scale. According to the police, a total of 1,113 protesters so far have been taken into custody. Also, 327 First Information Reports (FIRs) have been filed against protesters. Apart from this, the U.P. Police is also keeping a strict vigil on social media. The police have arrested 124 people till now and filed FIRs against 93 people. U.P. Chief Minister Yogi Adityanath has ordered that protesters should be dealt with strictly, but his behaviour has been criticised by former U.P. Director General of Police Prakash Singh. Police action in U.P. is also being criticised on the international level.  Watch the full report here