Himalayan Rivers Must Be Lynchpin Of India’s New Water Policy 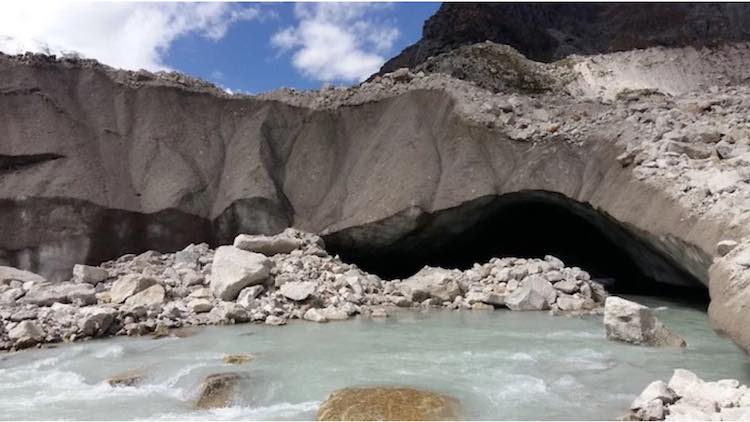 By Jayanta Bandyopadhyay/thethirdpole.net As India prepares its new water policy, the importance of the rivers from the Himalayas cannot be overestimated. Also Read: 8 UP Cops Out To Nab Dreaded Criminal Shot Dead In Kanpur

The real origin of all rivers is the atmosphere. Precipitation pattern over river basins dictates the flow pattern of rivers. This vital link based on the provisioning ecosystem services of the atmosphere is hardly recognised in the reductionist mindset of traditional engineering. India’s new water policy has to recognise the need for deep scientific knowledge of the climate process in the Indian Himalayan Region (IHR). The larger Himalayan region is known as the water tower of Asia. The IHR is a part of it, and also includes most parts of the north-eastern states and hill areas of West Bengal. The large rivers emerging from the IHR are the Ganga, Brahmaputra, Barak (in the Meghna basin) and Indus. These rivers are joined by many tributaries from the Himalayan region, especially from Bhutan and Nepal. The Himalayan arc stands as a very tall (about 6,000 metres high) obstruction to the flows of the moisture-bearing atmospheric circulations, mainly the summer monsoon from June to September and the westerlies from November to February. This makes the Himalayas the climate maker of Asia and dictates the water endowment of these rivers. The monsoon results in very high precipitation as rain; and the westerlies generate precipitation that comes from Central Asia, largely as snow. The larger Himalayan region is also known as The Third Pole, as it stores about 12,000 cu km of glaciers, largest after the two global poles. This makes the rivers emerging from the IHR perennial and their flows account for about two-thirds of the total river flows of India. Food security and water supplies in north and east India depends on the IHR rivers. In 2018 the Niti Aayog (Indian government’s think tank) expressed serious concern about social and environmental damages of economic activities in the IHR and future demands on the IHR rivers. Integral links between groundwater and surface flows should be better recognised. Particular attention in relation to the IHR needs to be given to the possible use of aquifers in the foothill region, the Terai-Bhabar. From the east to the west of the IHR, there is a downward gradient in total annual precipitation, dominated by rainfall, and from the west to the east, a gradient exists in the snowfall content in the precipitation. Thus, the rainfall content in the flows of Ganga and Brahmaputra is very high, while for Indus, about half of the flow originates in snow and glacier melts. The Barak is fully rain-fed but its upper catchment is located at Cherrapungji, where the annual average precipitation is about 11,987 mm, according to Water Infrastructure for the Hindu Kush Himalayas, by David Molden and others in 2014. In addition, the population pressure in each river system is different. The Ganga basin has the highest density of population among all river basins in the world with the majority living in poverty. Addressing poverty and pollution in the Ganga system has remained a big challenge for decades, needing a review and innovation in policy. Each IHR river basin has its characteristic ecological complexity, endowment and needs of water, creating diverse governance challenges. The policy for the rivers of the IHR may be thought of with a two-tiered approach. First, as a framework policy for all the IHR river basins, while more specific policies and practices for individual basins are to be worked out within that framework. Himalayan climate and uncertainty of flows In spite of the great socio-economic use of the flows in the IHR rivers, their hydro-meteorological picture is far from being precisely known. While the monsoon and the westerlies generate the overall climate of the IHR, the steep slopes and rugged undulating Himalayan landscape generate a mosaic of micro climates all over the region, which impacts the local economies. Understanding of the climate process in the IHR is handicapped by lack of dependable micro-level data, a characteristic problem of the whole Himalayan region. Bridging this knowledge gap is essential. Unfortunately, the assessment of the water flowing in the IHR river basins suffers from great uncertainty, as Richard Kattelmann pointed out in 1987 in Uncertainty in Assessing Himalayan Water Resources. The uncertainty is increased by the impacts of global warming and climate change, as Molden and others pointed out in 2014. Thus, a policy for water in the rivers from the IHR has to start with the generation of better knowledge of the climate process and assessment of the water precipitated and flowing in the streams and rivers. The policy for the reduction of uncertainty in the assessment of water flowing in the IHR rivers in the era of global warming and climate change is clearly a priority. The monsoon climate and the westerlies generate precipitation for limited periods of the year. In the Ganga, Brahmaputra and Barak systems, annual monsoon high flows are inevitable while very lean flows occur in the Indus prior to the spring and after autumn. Policies for such river systems need to be based on an interdisciplinary perspective and generate an integrated governance policy. The existing policy is not supported by such an integrated knowledge base. As a starting point, flows in rivers are to be seen in a holistic manner, and the policy must recognise all constituents of flows beyond simple hydraulic quantities. Profile of rivers originating in the IHR has to be described not in simple quantity of volume of flow per unit time but as constituted by water (including its composition), energy content of flows, biodiversity and sediment budget (WEBS) in all parts of their basins, as I explained in this article in 2018. Together with the thematic integration, the three dimensional hydrological links of river flows – longitudinal, lateral and vertical – must be the basis of a new policy. For full story, go to thethirdpole.net
TAGS water policy Monsoon Rivers Himalayas Himalayan rivers

By Darshit Singh 16 hours ago