Farmers Are Suffering In Power Game Of Maharashtra 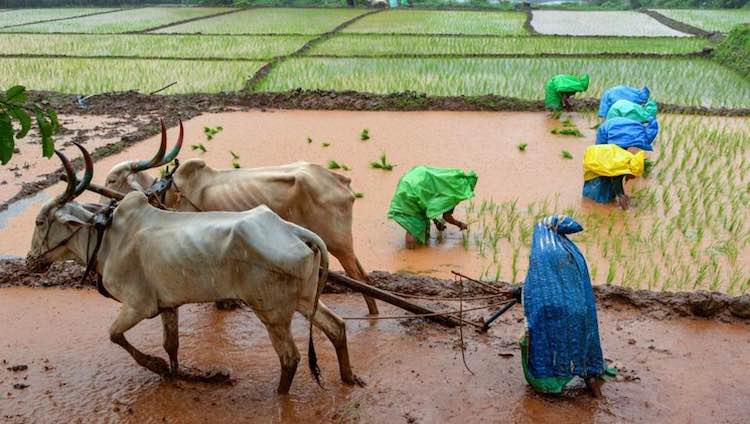 As a bitter political tussle and uncertainty over government formation continues in Maharashtra, the state finds itself engulfed in an acute agrarian crisis. Farmers in large numbers gathered near the Raj Bhawan in Mumbai on Thursday demanding compensation for their crops which were damaged during the recent unseasonal rains and floods.  Also Read: An Organic Seeds Bank In Chhattisgarh To Help Needy Farmers

Over the years, the state's farmers have traditionally borne the brunt of acute water scarcity and droughts, but this time around they were hit by the post-monsoon rains and floods, which took over 300 lives. According to the Maharashtra government, over 54 lakh hectare of farmland has been affected in 325 talukas of the state, along with a loss of over Rs 5,000 crores in the agricultural sector.

This year rains has been unprecedented, especially due to 4 cyclones including 1 super cyclone. Most of the damages were done in 2nd & 3rd week of October.
We have even allowed photos clicked by farmers as evidence: CM @Dev_Fadnavis pic.twitter.com/rQv87h9BUT

Marathwada suffered maximum crop damage due to unseasonal rainfall and floods, with 22.71 lakh ha of crop across 6,943 villages destroyed. Approximately 1,97,857 ha of crop in 10 talukas of Latur were damaged.  Among them, 18.69 lakh ha of Soyabean, 19.73 lakh ha of cotton, 4.80 lakh ha of maize and 1.18 lakh ha of tur crop suffered extensive damage. Earlier the state government had promised assistance to the farmers but the question remains whether they will be able to get compensation for their damaged crops in time while political bickering continues in the state.

Amid the power tussle in #Maharashtra politics, #farmers in big numbers gathered near the #RajBhawan demanding compensation for their crops damaged during the recent unseasonal #rains @ShahnawazMalik_ reports