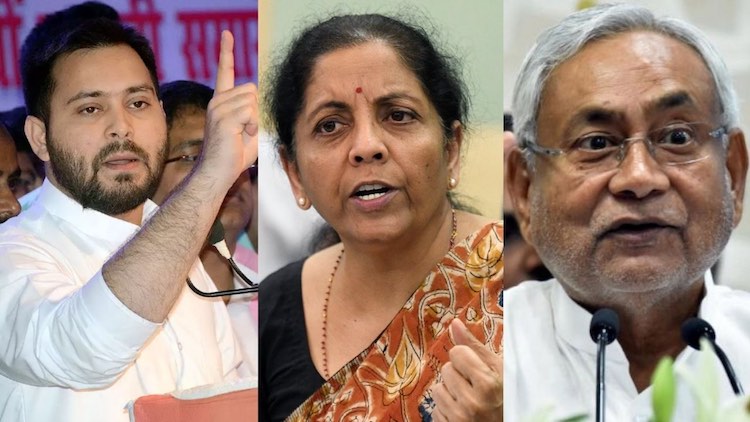 Unemployment has emerged as the biggest issue in Bihar elections. RJD leader Tejashwi Yadav, who is holding big public rallies, has already promised that the day his government comes to power, he will provide employment to 10 lakh people of Bihar. Nitish Kumar also took a jibe at Tejashwi, saying ‘from where the money will come for giving so many jobs?’ Deputy Chief Minister Sushil Modi giving a detailed account, asked how Tejashwi Yadav will bring an additional Rs 58,000 crore rupees for 10 lakh jobs. Also Read: Global Press Bodies Write To PM Modi Expressing ‘Grave Concern’ Over ‘Harassment’ Of Journalists

But the BJP fears that the promise of jobs is being liked by the people of Bihar and perhaps that is why the crowd is drawn towards Tejashwi Yadav's rallies. In such a situation, now the Bihar BJP has announced in its election manifesto that if the BJP government is formed in the state, then they will give 19 lakh jobs to the people of the state. But now the question arises when there is no money for 10 lakh jobs, where will the money for 19 lakh jobs come from? In 2020-21, the total budget of Bihar is Rs 2,11,761 crore. In this, there is a provision of Rs 58,380 crore for government servants and their pension. Apart from this, there is a provision of spending Rs 39,351 crores on education, Rs 26,058 crores on rural development, Rs 24,008 on drinking water and urban development and Rs 13,506 crores on social welfare. Now if BJP's promise of 19 jobs is added, then the question arises from where will the additional Rs 1 lakh crore come from. Note the party is bound to fulfil the promise made in the manifesto. In such a situation, if the promise of 19 lakh jobs is to be implemented, will the government cut sectors like education, rural development and social welfare? If this happens, will the roads, electricity and other projects in the state be affected? Well, one thing has become clear from the BJP's promise that the jobs in Bihar or the opposition are with the Tejaswi or the junior partner in the current government and the head of the state Nitish Kumar has nothing. There is also a truth in this matter that this year's budget of Bihar is less than last year.
TAGS Nirmala Sitharaman Bihar manifesto Jobs Unemployment Nitish Kumar Tejashwi Yadav Bihar Polls Bihar Elections