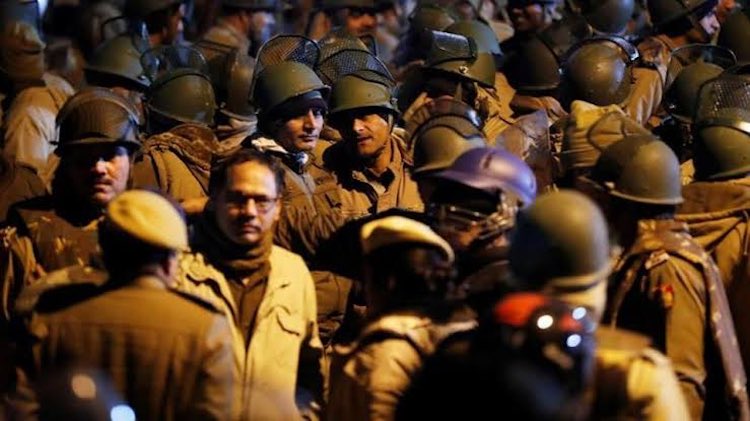 International NGO, Human Rights Watch, has published a scathing report on the JNU violence and the failure and apparent complicity of the Delhi Police and the administration in the mob attack by masked men and women on the university campus which left scores of students and teachers injured. The New York-based rights watchdog stated on Tuesday that “police in India failed to intervene when alleged supporters of the ruling Bharatiya Janata Party (BJP) assaulted university students in Delhi on January 5, 2020. Witnesses reported that dozens of masked men and several women carrying sticks, hammers, and bricks and shouting pro-government Hindu nationalist slogans entered Jawaharlal Nehru University and went on a violent rampage inside the campus for about three hours, injuring more than 30 students and teachers”. Also Read: JNU Students Maligned As 'Tukde Tukde' Gang, Despite No Evidence

The report goes on to say that “the Delhi police filed a complaint of rioting and assault against unknown people. However, a video shows the police allowing the attackers, many still carrying iron rods and sticks, to leave the campus without trying to detain or question them. The police also stood by and failed to act as a mob chanting nationalist slogans gathered at the campus gates, and beat journalists and a political activist. A mob also attacked an ambulance attempting to enter the campus to attend to injured students”.

South Asia Director of Human Right Watch, Meenakshi Ganguly said: “Students and teachers begged the police to intervene during the attack at Jawaharlal Nehru University, but the police simply stood and watched the attackers walk away”. Several students told Human Rights Watch that the attackers were members of the Akhil Bharatiya Vidyarthi Parishad (ABVP), a student group affiliated with the BJP.

36 hours since armed goons went about thrashing students and vandalising hostels inside JNU, @DelhiPolice is yet to make an arrest. Whereas Hindu Raksha Dal chief Pinky Choudhary has claimed responsibility for the #JNUViolense Watch this story for more... pic.twitter.com/l6vjbyHHgI

For the full report, click here (New York-based Human Rights Watch investigates and reports on abuses happening in all corners of the world. It comprises roughly 450 people of 70-plus nationalities who are country experts, lawyers, journalists, and others who work to protect the most at risk, from vulnerable minorities and civilians in wartime, to refugees and children in need.)
TAGS Delhi Police ABVP JNU VC JNU attack JNU violence JNU Teachers JNU campus JNU students jnu rampage Human Rights Watch Human Rights