'I Don't Want A Palace': The Struggle To Protect Sabarmati's Heritage 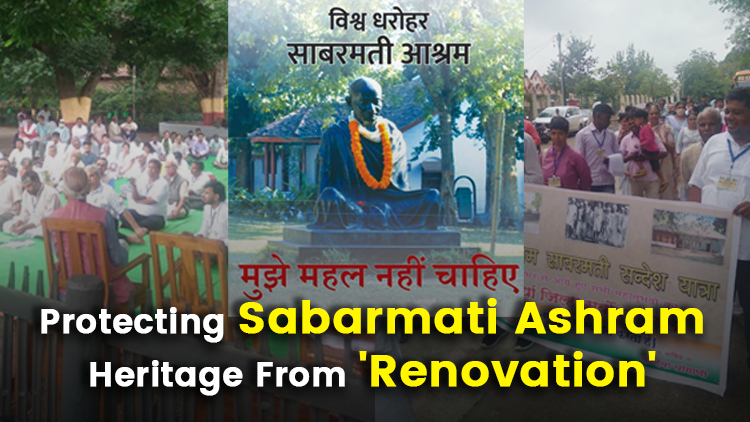 A host of Gandhian bodies have come together to oppose the proposed ‘renovation’ of the historic Sabarmati Ashram in Gujarat, renowned for being founded by Mahatma Gandhi Iin 1917 after his return from South Africa, and being the epicentre of much of his work in the freedom struggle.
Also Read:
West Bengal Shows Highest Growth Rate In Per Capita Income: RBI

A ‘Sevagram to Sabarmati’ March began on 17th October from Wardha, Maharashtra ended yesterday On 24th October in Ahmedabad, Gujarat. Its aim was to raise awareness and protests against the proposed ‘renovation’ of the Sabarmati Ashram, along the lines of a similar move in Jallianwalah Bagh in Punjab. It is being seen as an attempt to “destroy the heritage of Mahatma Gandhi” by the march participants and allied organizers. 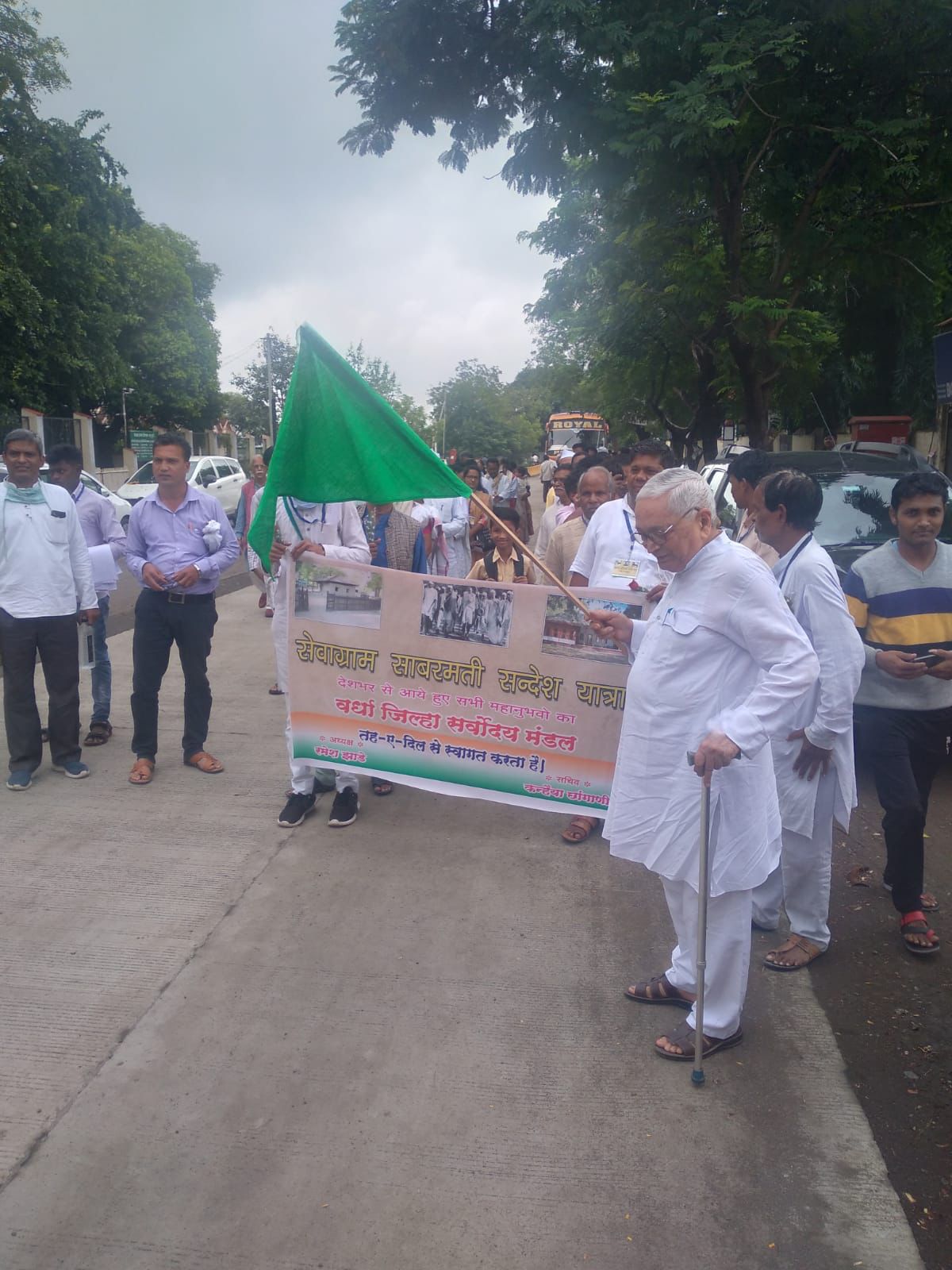 Protecting The Essence And ‘Nature’ Of Sabarmati Ashram  The Sevagram Sabarmati Yatra Samyojan Samity is a committee formed to organize the march, based in Sevagram Ashram in Wardha, Maharasthra. It stated to the press ahead of the march on October 17th that “This Yatra is to awaken public opinion against the attempts by the Central and Gujarat State Government to change the very nature of Mahatma Gandhi's world- famous Sabarmati Ashram”.  Some of the organizations that participated in the march are the Gandhi Smarak Nidhi, Gandhi Peace Foundation, Rashtriya Yuva Sangatan, National Gandhi Museum, Sarvodaya Organisations of Gujarat, among others.  The press release on 17th October states that the government is attempting to make a tourist attraction out of the Sabarmati site rather than preserving its natural beauty, peace, and Gandhi’s message of simplicity and austerity. They demand that it be recognized as a historically and culturally valuable heritage and be preserved as such. 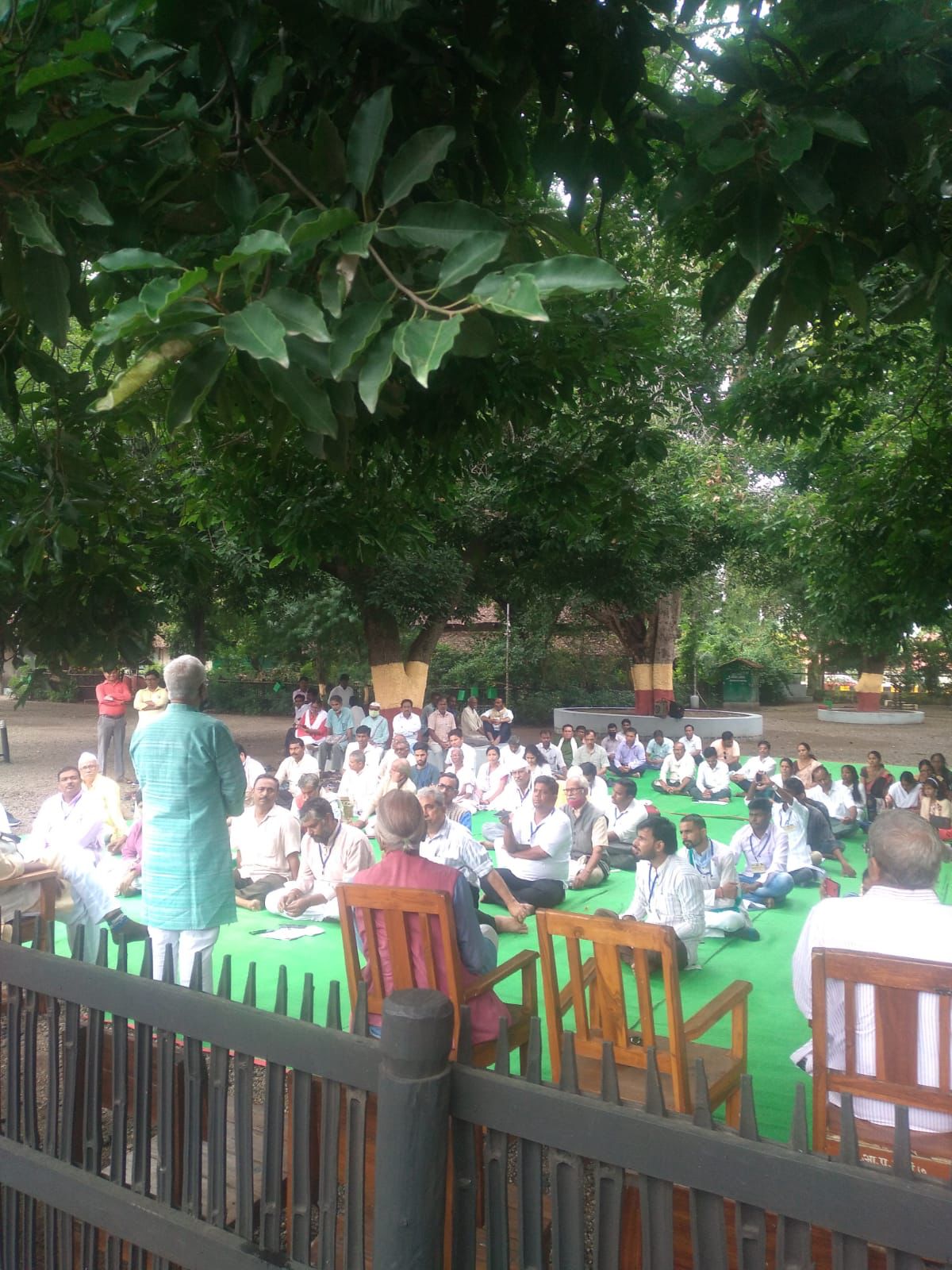 The press release opposes the new plans for the Ashram which includes “a new museum, amphitheatre, VIP lounge, shops, food and beverages and amusement facilities”.  The Samiti behind the movement to preserve the Sabarmati ashram in its original form even wrote an artivle from the first -person perspective of the Ashram itself, which says: Now this government is imposing the fashion and glitz of a shallow modernity on me…my original voice and essence is being choked and blocked and suppressed” by “Rs 1200 crore of a mismatched glitz and glitter”.  Political Move By Current Government  By tampering with the form and essence of the Sabarmati Ashram, the convenors of the march hold that the government has ulterior political motives. The Diamond Jubilee (75th year) of Independence saw “indirect ways of destroying footprints of Mahatma and cutting off the Gandhian ideology and legacy from the future generations” with this move, they say.  The yatra, therefore, sought to go to various locations and conduct programs by which the climate of ‘fear’ could be overcome and an open dialogue could be held.  Its press release said: “We want to awaken the conscience of the people of the country by sensitizing the them about the efforts of the Central Government to erase the memories related to the freedom struggle and the national heritage through the Yatra. We also request the Central Government to take its step back and not try to tamper [with] the national heritage […]” Call For UNESCO Protection In its second October issue, the magazine Sarvoday Jagat featured the statue of Gandhi at Sabarmati with the title “I Don’t Want A Palace” and urged the UNESCO to “expedite” its process of classifying the Sabarmati Ashram as a World Heritage Site. It is already on the tentative list and the organization wants the designation to be made official as soon as possible to protect the site from encroachment or makeovers. 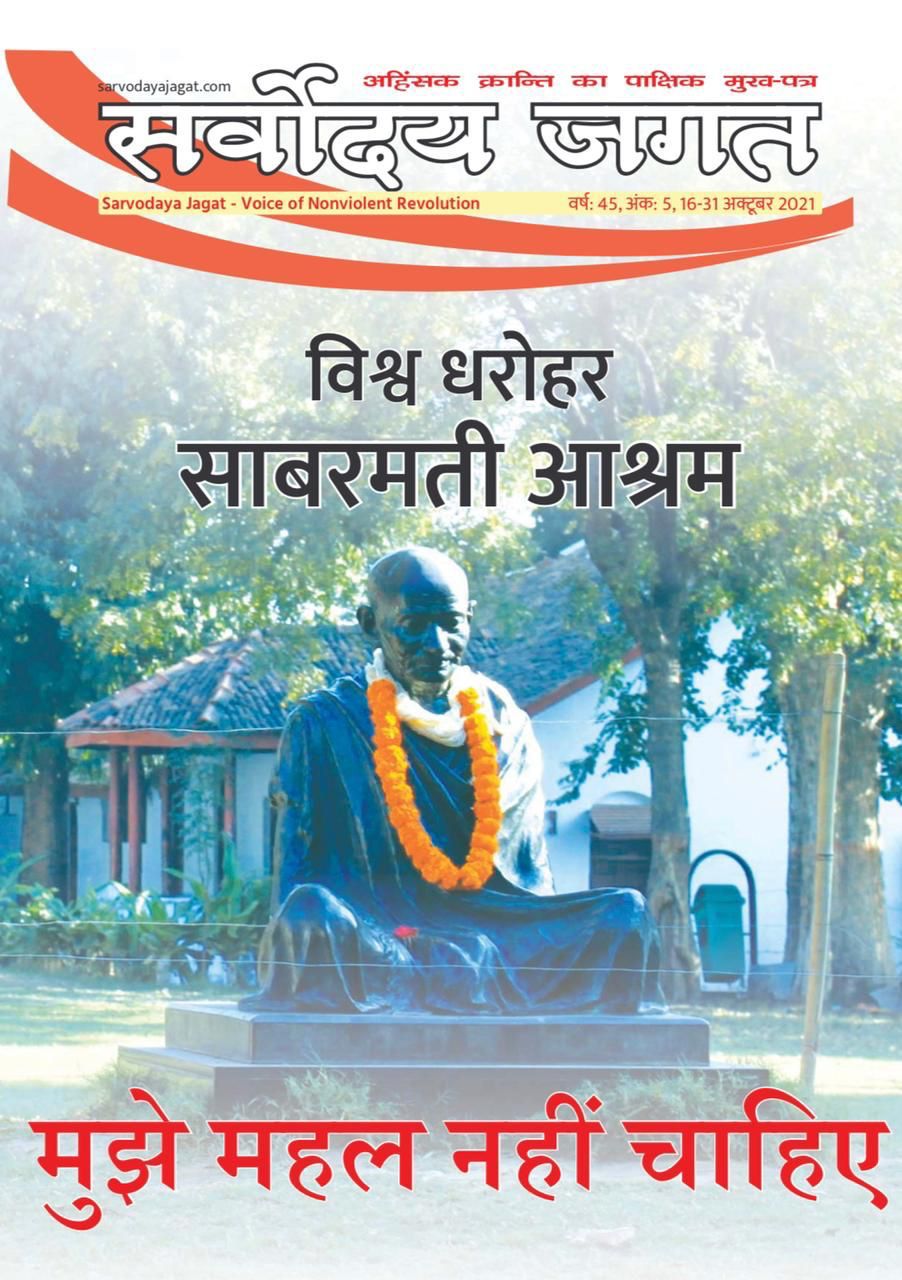