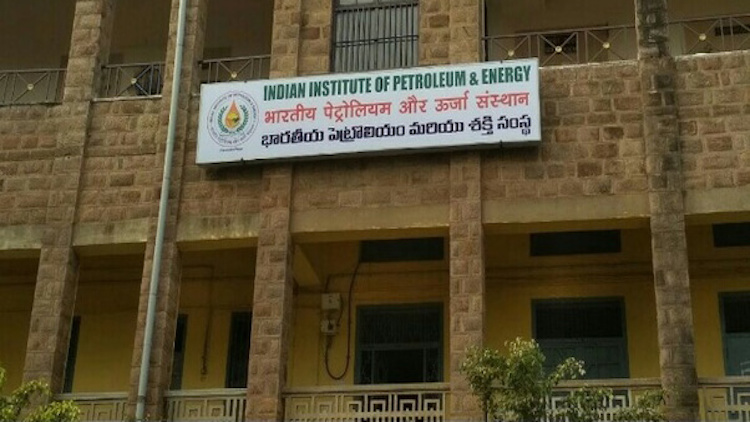 There is so much unemployment in the country that students from premier institutes are forced to go on strikes in a bid to get jobs.  The first batch of engineering students of the Indian Institute of Petroleum and Energy (IIPE) in Vishakhapatnam is ready to enter the jobs market but despite being a prestigious institute, neither government nor private companies are reaching the campus for placements.
Also Read:
Yamuna River Getting A Temporary Facelift For Trump

The IIPE was established by the Central government with great fanfare in 2016-17. At that time, Petroleum and Natural Gas Minister Dharmendra Pradhan had promised the students that they will get their degree and job offer letter together. However, the exact opposite has happened and therefore, angry, demoralised students have now opened a front against Dharmendra Pradhan and begun protesting. The Central government had set up IIPE under the provisions of the Andhra Pradesh Reorganisation Act, given it the status of an autonomous institute of national importance and brought it on par with IITs and IIMs. In 2016-17, two B.Tech courses were started at IIPE and admission to these courses was given on the basis of advance scores in IIT-JEE. Despite this, students who have completed the course feel cheated and short-changed. CEOs of public sector oil and gas enterprises such as HPCL, ONGC and GAIL are board members of IIPE but they did not reach its campus for placements. Students allege that government enterprises went to private institutes for placements but skipped their own institute. Students have also pleaded to Vice-President Venkaiah Naidu to help them get jobs. The biggest complaint of protesting students is that although they are ready to take up jobs as students of the first batch, public sector undertakings, despite being associated with IIPE, did not feel it necessary to consider them.

Unsatisfied with the #campusplacements, the first batch of students at the Indian Institute of #Petroleum and #Energy, stages protest against the #PetroleumMinistry@ShahnawazMalik_ #IIPE