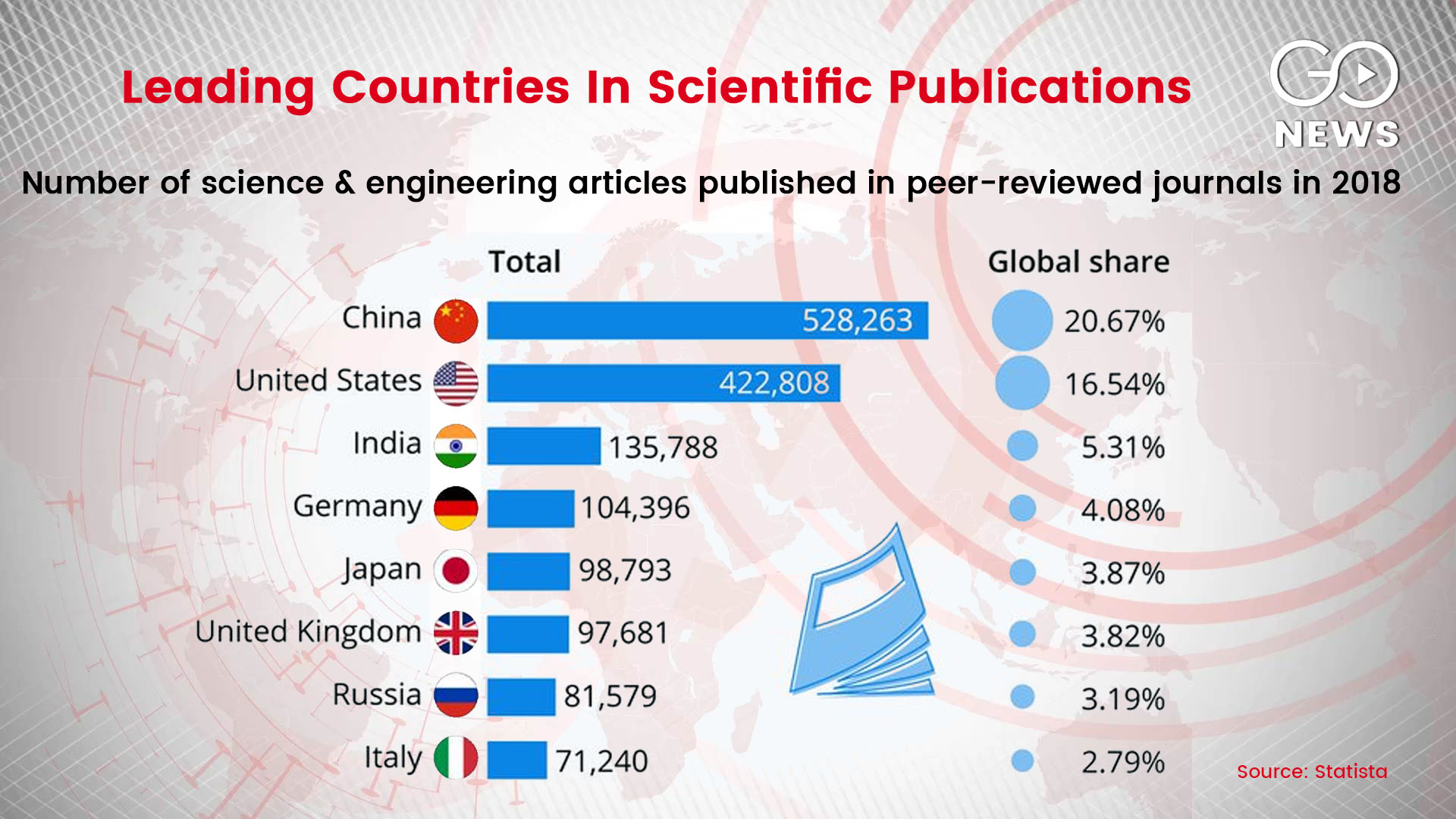 The West has a long pedigree and ‘head start’ in scientific study, innovation, and progress. The United States and Europe are home to most of the leading varsities in science and technology. The present statistic of India having the third highest number of scientific papers may be a case of “quantity over quality” as the state of research remains far below potential in the country. Funding Woes While India’s research paper output may be sizeable in terms of numbers, the situation of scientific research is problematic. The UNESCO Science Report (2015) stated that: “India's research intensity has been declining since 2014. The Science and Technology Policy of 2003 fixed the threshold of devoting 2% of GDP to research and development (R&D) by 2007. This target date was set back to 2018 in the new Science, Technology and Innovation Policy (2013) then again to 2022 by the Economic Advisory Council of the Prime Minister. In 2020, the task force drafting the country’s new Science and Technology Policy recommended pushing back the target date to a more realistic 2030” Indian scientific research is hit by a chronic problem of under-funding. In the 2021-22 Budget, the Ministry of Science and Technology was allocated ₹14,793.66 crore, a 20% increase over the last Budget of 2020-21 and a 15% increase from the allocation in 2015-16 of ₹9,517 crore. The Ministry has three departments: The Department of Science and Technology (DST), Department of Biotechnology, and the Department of Scientific and Industrial Research (DSIR). The Hindu reported in January this year that nearly 42% of R&D (Research and Development) is conducted by the private sector, which has very little input in basic stages of research. Therefore, it is imperative to increase public spending for scientific research. This concern was raised in 2018 in the journal Proceedings of the Indian National Science Academy. In an editorial it had decried delayed funding and rejection of research proposals by funding agencies. Its editorial head and zoology professor at BHU Subash Lakhotia said that the situation “greatly alarming since it is slowing down the momentum of resurgence in research output from various academic institutions” Lack Of Varsity Research Another problem is the lack of research by universities. More than 70% of Indian colleges are private (78.6%) according to the All India Survey of Higher Education (AISHE) conducted by the Ministry of Education. These are predominantly focused on teaching and industrial placements rather than furthering research. Even in the United States, the number of research universities is only 10% of all higher education institutes. Yet, there exists a system to classify research universities which is absent in India, failing which it is difficult to target them for funding. An article published in the journal Higher Education in February 2020 highlighted the need for such a classification system like the Carnegie classification system in the U.S. The abstract of the paper says that: “This classification has been found extremely useful over decades for various purposes including policy making and planning”. Based on this classification’s approach, the researchers Pankaj Jalote and Bijendra Nath Jain took India’s top 100 universities and top 100 engineering institutions, and identified 40 and 32 among them as “research HEIs” (higher education institutions). Of these, there were 6 universities and 8 engineering institutions that were grouped in the “highest research activity” category. India has no universities in the top 100 global rankings by QS and THE (Times Higher Education), whereas China has six universities in the QS and THE top 100 globally and the U.S. has more than 30. The output of scientific papers may be high in India, but its impact on innovation, industry, or education is yet to be seen at a concomitant level.