Section 375 of the Indian Penal Code (IPC) excludes forceful sexual intercourse by a husband upon his legal wife from the definition of rape. Indian law says that if the wife is an adult, then such an act cannot be considered as rape. Instead, the law classifies such an act under the category of mental and physical torture. 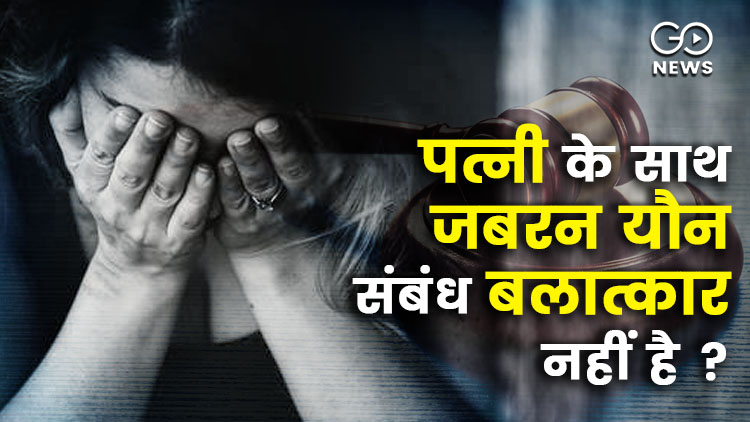 The topic of marital rape: that is, forceful sexual relations with one’s wife after marriage, is getting renewed attention in India these days. The reason is the judgements passed by two different High Courts on this matter. The Kerala High Court held that forcing sexual intercourse on one’s wife is a strong grounds for divorce. And yet, on August 27th, the Chattisgarh High Court released a man convicted by a lower court for marital rape. This man’s wife accused him of forcing himself on her sexually on multiple occasions. The High Court acquitted the man on the grounds that forced sex with a married women by her husband is not included in the category of rape. However, the Chattisgarh HC did agree to a hearing against the man under IPC 377 (“unnatural offences”) and dowry harassment. At present, there is no penalty for marital rape in India.
Also Read:
Faulty Chinook Helicopter Lands In Buxar, Bihar

What is Marital Rape? Simply put, marital rape is the act of a husband forcing sexual intercourse upon his wife without her consent. This includes other forms of force employed by the husband towards this end, as well. Where Does Indian Law Stand On Marital Rape? Section 375 of the Indian Penal Code (IPC) excludes forceful sexual intercourse by a husband upon his legal wife from the definition of rape. Indian law says that if the wife is an adult, then such an act cannot be considered as rape. Instead, the law classifies such an act under the category of mental and physical torture.  According to Senior Advocate Abha Singh, any woman facing this torture can seek redress against her husband under IPC Section 498A and file a sexual assault complaint under the 2005 law against domestic violence. What Is The Government’s Stand? An Indian Express report from 2020 used figures from the National Family Health Survey (NFHS) 2015-16 that a married woman is 17 times more likely to face sexual assault from her own husband than from an ‘external’ man. In 2013, the United Nations’ Convention on the Elimination of All Forms of Discrimination Against Women (CEDAW) recommended that India should include marital rape within the ambit of rape. In 2012, after the horrific and internationally condemned rape-and-murder case in Delhi, the Justice J.S. Verma Committee made similar suggestions. However, in 2017, the government responded to appeal to criminalize marital rape by stating in court that such a move would “destabilize” the institution of marriage itself. In 2019, the then Chief Justice of India Deepak Mishra also dismissed the idea of declaring marital rape as a crime. Where Does The World Stand On Marital Rape? In 1932, Poland became the first country in the world to outlaw and criminalize marital rape. The UN’s Progress Of The World’s Women report stated that until 2018, there were only 77 out g 185 countries in the world that had formally instituted laws against marital rape. Of these, 74 countries allow criminal charges of rape to be brought against the husband. There are 34 countries with no provisions against marital rape, and India is one of them.