India Awards Death Penalty For Sexual Offences More Than Before 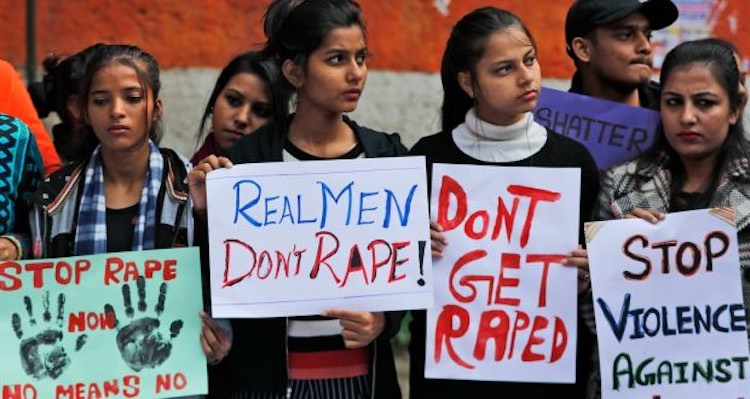 In 2020, Indian women faced more violence than before. Whether our country makes progress in any other field or not, it has been steadily rising in the area of crimes against women.  However, in recent years, the court has shown seriousness in cases of cruelties done to young girls.
Also Read:
Tax Exemption Worth Rs 5.29 Lakh Crore Given To Corporates In Last 6 Years

Project 39A in a recent report on Indian prisoners said 76 prisoners were sentenced to death by the Sessions Court across the country last year. Of these, 50 prisoners i.e. around 65% were convicted of sexual offences, which is the highest in the last five years. Shockingly, in 82% of cases, the victim is a minor. In 2016, 17.64% of prisoners were given a death sentence for sexual offences, while the figure rose to 64.93% in 2020 -- about 47% rise in death penalty in the last five years, in cases of sexual offences. The change in women's awareness and the POCSO Act is being considered behind this. In 2018, this act was amended and the provision of punishment up to death in the case of sexual offences with girls below 12 years of age was provided. While 46 people were sentenced to death for sexual offences, four were given the death penalty for child rape without murder, two for kidnapping with murder sentenced, and 24 death sentences for murder. In 2019, 103 people were sentenced to death, but the figure dropped to 76 in 2020. COVID-19 and lockdown were believed to be the biggest reason behind this as most cases could not be heard due to the closure of the courts and limited hearing. This can be gauged from the fact that 48 prisoners were sentenced to death by March last year, whereas this figure was just 20 till March 2019.  In 2018, 163 prisoners were sentenced to death, the highest in the last two decades. The figure was only 27 as of March 2018. This means that the figure would have been higher in 2020 had there not been a lockdown. In the last 20 years, 8 people have been hanged in India. Four of them were hanged in the Delhi gang-rape case in March last year. Earlier, Yakub Menon was hanged in July 2015, Afzal Guru in February 2013, Ajmal Kasab in November 2012 and Dhananjay Chatterjee in August 2004.
There are currently 53 countries which have capital punishment. According to a report by Amnesty International, 657 people were sentenced to death in 2019, while the figure was 690 in 2018.  Iran, Iraq, Pakistan and Saudi Arabia have the highest figures in this. However, China and North Korea are not included in this list, as they keep it confidential. Amnesty believes that more than 1,000 people are sentenced to death every year in China.