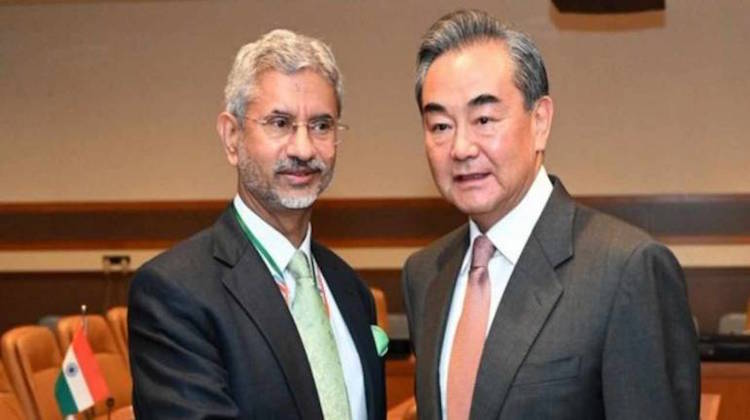 Foreign Minister S. Jaishankar's two-and-a-half-hour meeting in Moscow with his Chinese counterpart Wang Yi ended with both countries agreeing on a five-point course of action, which includes the withdrawal of troops from the LAC. In a joint statement issued by the Ministry of External Affairs, both sides had a “frank and constructive discussion on the developments in the India-China border areas as well as on India-China relations”.
Also Read:
Over 6.4 Million Exposed To COVID-19 By Early May: ICMR Survey

The five points are: 1. The two Ministers agreed that both sides should take guidance from the series of consensus of the leaders on developing India-China relations, including not allowing differences to become disputes. 2. The two Foreign Ministers agreed that the current situation in the border areas is not in the interest of either side. They agreed therefore that the border troops of both sides should continue their dialogue, quickly disengage, maintain proper distance and ease tensions. 3. The two Ministers agreed that both sides shall abide by all the existing agreements and protocol on China-India boundary affairs, maintain peace and tranquillity in the border areas and avoid any action that could escalate matters. 4. The two sides also agreed to continue to have dialogue and communication through the Special Representative mechanism on the India-China boundary question. They also agreed in this context that the Working Mechanism for Consultation and Coordination on India-China border affairs (WMCC), should also continue its meetings. 5. The Ministers agreed that as the situation eases, the two sides should expedite work to conclude new Confidence Building Measures to maintain and enhance peace and tranquillity in the border areas.