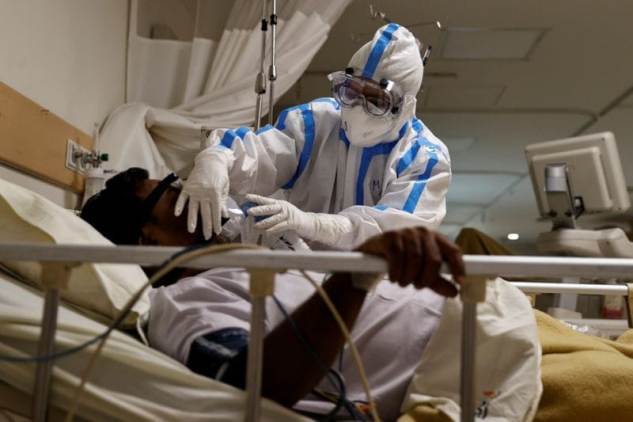 The havoc caused by the coronavirus in the country keeps worsening. According to the latest data from the Health Ministry, 1,007 people across the country have died due to the coronavirus so far and 31,332 people have been hit by the contagion. New figures show that 1,897 new patients were found in the past 24 hours and 73 people died. Also Read: GoHeadlines - Top News Of The Hour

In Delhi, the 31st Battalion of the Central Reserve Police Force (CRPF) has been badly hit by the coronavirus. While the infection has been confirmed in 46 CRPF jawans so far, one jawan has died. According to the CRPF, one nursing staff in its Mayur Vihar-based camp had been infected by the coronavirus, after which the contagion kept spreading. There has been a huge increase in the number of patients in the last four days and so far, 47 people, including one Chief Medical Officer, have been hit by the coronavirus. Amid this, the Haryana government has banned the movement of government employees and common people from neighbouring states into Faridabad. The movement of only doctors, paramedical staff, police and bank employees has been allowed till 12 o’clock. Faridabad Deputy Commissioner Yash Pal has said that vehicles engaged in banking services and transporting essential goods have also been given concessions in movement. This restriction will be in place till May 3. There is a major traffic jam on the Delhi-Gurugram border due to this restriction. Apart from India, the number of coronavirus patients is increasing rapidly across the world as well. So far, more than 31 lakh 38 thousand people have been hit by this pandemic globally and the death toll stands at over 2 lakh 17 thousand. The United States is the worst-affected by this virus, where over 59,000 people have succumbed to it so far.
TAGS CRPF jawans coronavirus pandemic coronavirus health ministry COVID-19 pandemic COVID-19 restrictions COVID-19