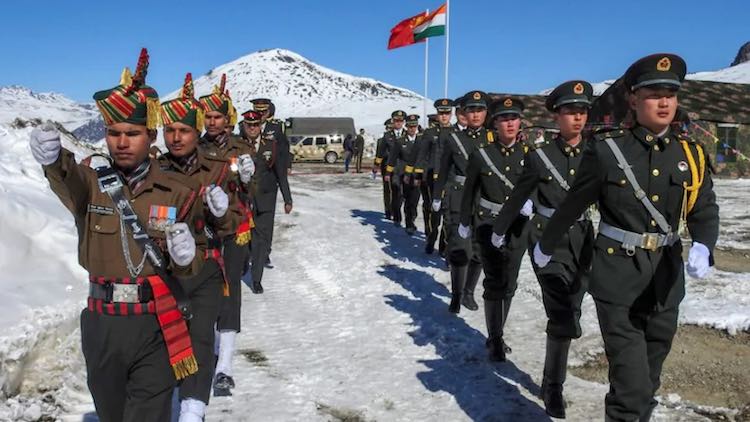 The Indian Army on Tuesday issued a statement dismissing China’s allegations that Indian soldiers fired warning shots at PLA troops patrolling the border and illegally crossed the LAC when the Indo-Chinese troops were to hold talks on Monday. The Army said that while India is committed to disengagement and de-escalating the situation on the LAC, China continues to undertake provocative activities to escalate.
Also Read:
'Dissident' Congress Leaders Left Out Of 7 Panels Formed For UP Polls

"At no stage has the Indian Army transgressed across the LAC or resorted to use of any aggressive means, including firing,” the Army said. "As far as the incident of September 7 is concerned, Chinese soldiers fired a few rounds in the air in an attempt to intimidate own troops”. Despite all efforts, the tension between India and China on LAC in Ladakh is mounting. China had accused Indian Army of firing and crossing the LAC. Senior Colonel Zhang Shuili, a PLA spokesperson, alleged that Indian troops crossed the LAC in the Shenpao mountain region near the south bank of Pangong Tso Lake. "The Indian side's move seriously violated related agreements reached by both sides, stirred up tensions in the region, and would easily cause misunderstandings and misjudgments, which is a serious military provocation ...", the spokesperson said. The spokesperson demanded that the Indian troops "to immediately stop dangerous moves, withdraw personnel who crossed the LAC at once, strictly control frontline troops, seriously investigate and punish the personnel who fired the provocative shot and ensure similar incidents won't take place again”. China has made the accusation on Indian soldiers at the time when Foreign Minister S.K. Jaishankar is leaving for Russia on a four-day visit to participate in the Shanghai Cooperation Organisation. A bilateral meeting with his Chinese counterpart Wang Yi is also expected there. Earlier in Moscow itself, Defense Minister Rajnath Singh had a meeting with the Chinese counterpart for two hours and 20 minutes but the talks remained inconclusive.