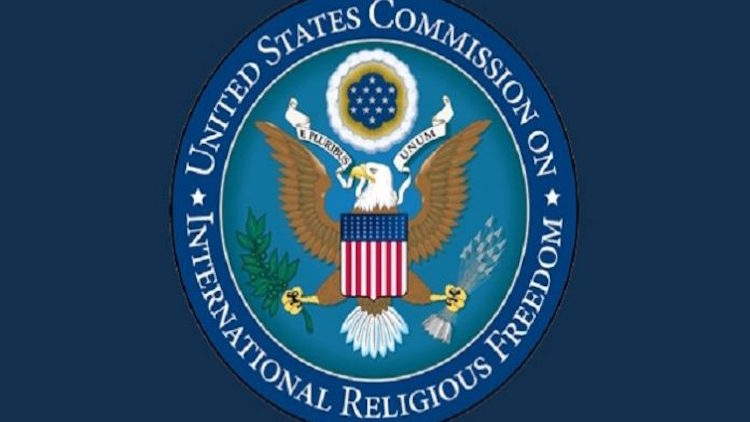 India has rejected the United States Commission on International Religious Freedom (USCIRF) annual report which recommended the country as "country of particular concern". USCIRF which monitors religious freedom around the world said that India’s name should be included in the list of 14 nations named in CPC category in cases of minority harassment. Also Read: State-Wise Tracker Of Coronavirus Cases And Deaths

Dismissing the report, Foreign Ministry spokesperson Anurag Srivastava said, “We reject the comments made about India in the USCIRF’s annual report. Its biased and tendentious comments against India are not new. But on this occasion, its misrepresentation has reached new levels.”  According to the report, 14 nations were nominated as ‘countries of particular concern’ in 2019. Among them were China, Myanmar, Eritrea, North Korea, Iran, Pakistan, Saudi Arabia, Tajikistan and Turkmenistan. Now, the names of Russia, Nigeria, Vietnam, Syria and India have also been added to this list. This report says that there has been a major decline in religious freedom in India and attacks on minorities have increased. While presenting the report, Nadine Maenza, Vice-Chairperson of the Commission, also mentioned the controversial Citizenship Amendment Act (CAA). “The Citizenship (Amendment) Act in India potentially exposes millions of Muslims to detention, deportation, and statelessness when the government of India completes its planned nationwide National Register of Citizens,” said Maenza. After 2004, this is the first instance when an American Commission has asked for India’s name to be included in the list of ‘countries of particular concern’ with regard to persecution of minorities. While the Foreign Ministry has undoubtedly dismissed this report in one stroke, it is a big shock to find India’s name in the list of countries accused of harassing minorities. In recent years, there has been a swift increase in attacks on minority Muslims. During the lockdown, in cases of violence, the Delhi Police have arrested several members of the minority community under serious penal sections. Among them is Safoora Zargar, a research scholar at Jamia Millia Islamia, who is currently pregnant. After this kind of action, the intentions of the Delhi Police are being questioned.
TAGS countries of particular concern PM Narendra Modi Modi Government Foreign Ministry United States Commission on International Religious Freedom Religious Freedom religious minorities USCIRF India