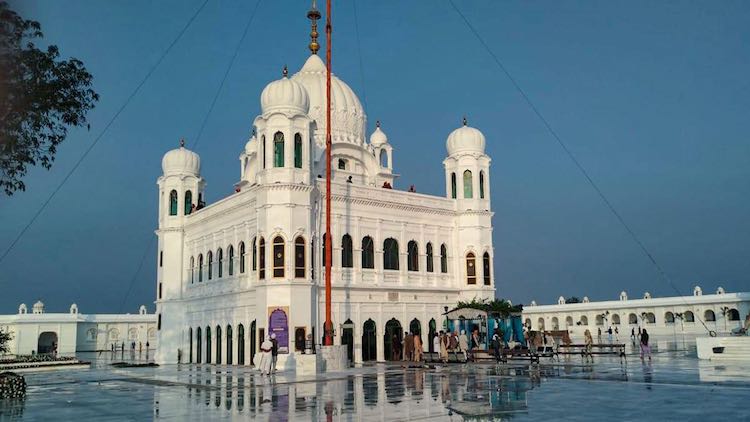 Amid the Coronavirus pandemic, Pakistan is ready to open the Kartarpur Sahib Corridor for devotees from June 29, on the death anniversary of Maharaja Ranjeet Singh. Meanwhile, the Indian Government has said Pakistan is trying to “create a mirage of goodwill” by proposing to reopen the Corridor “at short notice of 2 days”.  Taking to Twitter, Pakistan’s Foreign Minister Shah Mehmood Qureshi said: “As places of worship open up across the world, Pakistan prepares to reopen the Kartarpur Sahib Corridor for all Sikh pilgrims, conveying to the Indian side our readiness to reopen the corridor on 29 June 2020, the occasion of the death anniversary of Maharaja Ranjeet Singh."
Also Read:
Sandesara Scam: ED Questions Congress' Ahmed Patel At His Residence In Money Laundering Ca

In view of rising infections of the Coronavirus pandemic, the Union Home Ministry had prohibited the travel and registration of Kartarpur since March 15. It was first closed till March 31, but later it was closed indefinitely. On November 9, 2019, Pakistan opened the Kartarpur Corridor.  The 4.2 km Corridor links Punjab Dera Baba Nanak located in Gurdaspur district of Punjab with Darbar Sahib Gurudwara in Kartarpur. Indian Sikh travellers from Kartarpur Sahib Corridor can go to Kartarpur Sahib without taking a visa and need only a permit. Guru Nanak, the founder of Sikhism, is believed to have visited Kartarpur in 1522. Sri Guru Nanak Dev Ji, the first Guru of the Sikhs, spent the last 17 to 18 years of his life in Kartarpur itself and a Gurudwara was built in the place where Guru Nanak Dev died in Kartarpur.