Indian Rupee Value Down by 19% In 7 Years 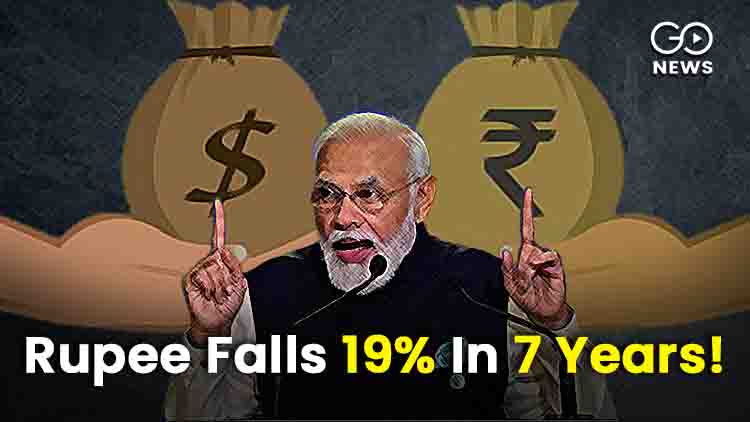 “Sometimes it seems that there is an ongoing competition between the Delhi government and the rupee. The competition being who will go ahead.” In 2013, Narendra Modi had said this in a meeting after the historic fall in the value of the Indian currency. Modi became Prime Minister of the country for the second time in 2019.  2021 is about to end and fall in the value of Rupee is the worst performance of all time in the month of December. In short, Indian Rupee has fallen to its lowest level in 15 years against the Dollar. As of December 2021, Indian Rupee has been worst performing currency in the Asian market.
Also Read:
UP Elections: Will Postpoing Poll Dates Affect Muslims During Ramzan? 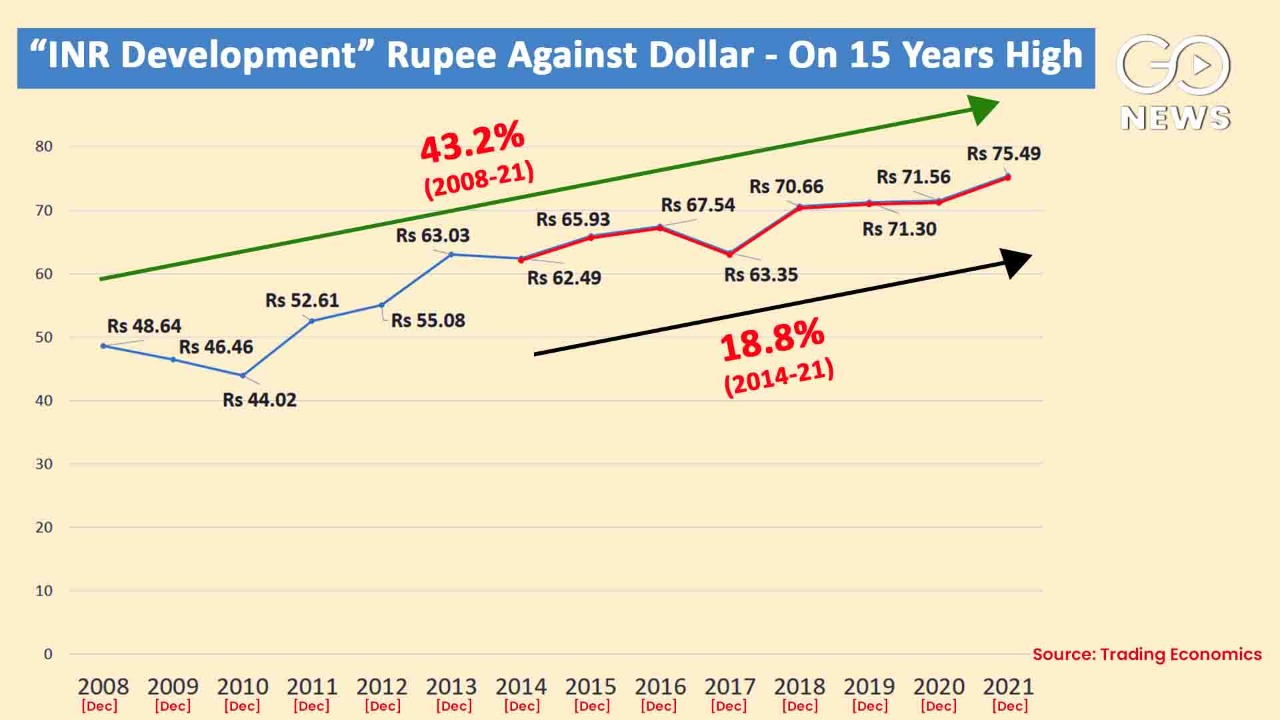 Currency exchange rates depend on factors such as economic performance, inflation, interest rate differentials and capital flows. It is usually determined by strengths and weaknesses of the particular economy. So as to say, that the higher the Rupee against a Dollar, the lower its value. Taking into the account of latest figures, value of Indian Rupee has fallen by more than 43% in the last 15 years. For example, in December 2008, $1 was equal to Rs. 48.64, which has now become Rs. 75.49 as of December 2021. Under Modi’s tenure as Prime Minister, in these eight years, the value of the Rupee has declined by about 19%. For example, against Rs 62.49 in 2014, the price of $1 has gone up to Rs 75.49 in 2021, which is at a record low in the history of independent India.