Indian Woman Arrested For Spitting On Cop During Anti-Trump Protests 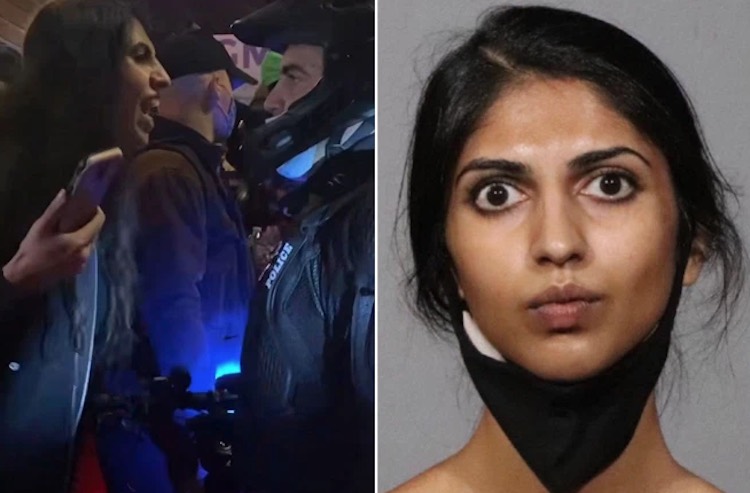 An Indian woman attending an anti-Trump rally in the US city of Manhattan was arrested for allegedly spitting on a policeman. In a video, the woman identified as 24-year-old Devina Singh can be seen abusing and spitting on a policeman. However, she was later released but would have to appear before the court and explain the charges against her. Devina's video was shared by the New York Police Department, which has over 5 million views so far.
Also Read:
COVID-19: 575 Students, 829 Teachers Infected Even Before Schools Reopened In Andhra Prade

According to the New York Post, Devina Singh, a resident of Pennsylvania, is associated with Left ideology. She attended a rally in New York City's Manhattan area on Wednesday in support of Joe Biden. Initially, the assembled people were shouting slogans in favour of continuing the counting, but shortly after, they started shouting slogans against Donald Trump and police brutality. The protesters later set fire to a nearby garbage heap, following which a clash broke out with the police. According to the police, sixty people have been arrested, including Devina. Devina has been charged by police officials with obstructing government work, violating local law and harassment. However, Devina says that the police was actually attacking the people, so they spit on the policeman to express her anger. At the same time, Devina accused the police of breaking her hand. Devina had earlier been arrested by the police in September for 'Big Apple' protests and in October for illegally organising a rally in Brooklyn. Devina posted a photo of her arrest in New York City on September 18 and made indecent remarks against a police officer in the same Instagram post. She later deleted this post. In the US election, there is a fierce fight between Donald Trump and Joe Biden, after which his supporters are out on the roads.