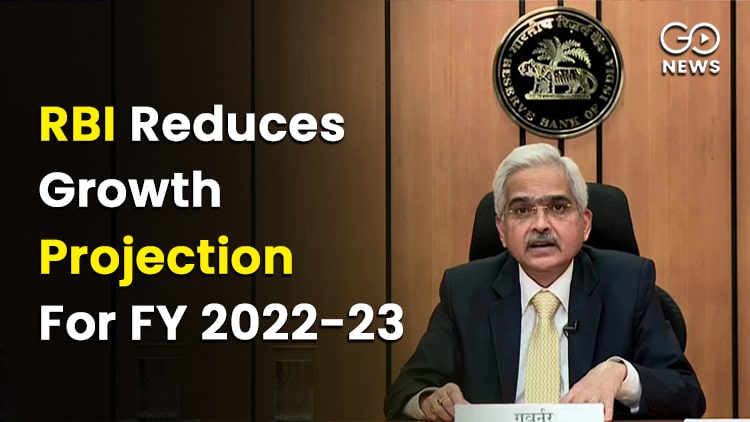 The GDP estimate set for the fiscal year 2022-23 has come down within ten days. The Reserve Bank of India on February 10, 2022 reduced the GDP growth rate forecast for 2022-23 to 7.8 per cent. However, in the Economic Survey, the Finance Ministry had estimated the GDP to be 8-8.5 percent.
Reserve Bank Governor Shaktikanta Das in his monetary policy statement said, “Overall, there has been some moderation in near-term growth momentum while global factors turn unfavourable. Domestic demand is improving. Taking all these factors into account, the real GDP growth rate for 2022-23 is estimated at 7.8 per cent.
The RBI governor said that in the first quarter of the financial year 2022-23, it could be 17.2 percent, 7.0 percent in the second quarter, 4.3 percent in the third quarter and 4.5 percent in the fourth quarter. According to the first advance estimates released by the National Statistical Office on January 7, 2022, India's real GDP growth is expected to be 9.2 percent in 2021-22, which according to the governor is higher than the pre-pandemic level of 2019-20.
Also Read:
UP Elections22: Parties Gear Up For Phase 1 Of Polls | Feb. 10


In his monetary policy statement, Governor Shaktikanta Das said that the Reserve Bank has not made any change in the repo rate. RBI last changed the repo rate in May 2020, which remains unchanged at 4 per cent.
Repo rate is the interest rate under which RBI provides short-term loans to banks. Apart from these, the reverse repo rate has also been kept by RBI at 3.35 percent.